What does Maxim mean?

[ 2 syll. ma-xim, max-im ] The baby boy name Maxim is pronounced as Mah-KS-IYM †. Maxim is used chiefly in the English, German, Russian, Czech, and French languages, and its origin is Latin. It is from the element 'maximus' which means greatest. The first name is derived from the Roman nickname Maximus (Latin), which was later used also as a Roman given name. The name was borne by various medieval saints, including Saint Maximus the Confessor (580-662), a prominent theologian and writer. The pseudonym Maxim Gorky was adopted by the Russian writer Aleksey Maksimovich Peshkov (1868-1936), a founder of the socialist realism literary.

Maxim is a variant of the name Maximilian (English and German) in the Czech and French languages.

The name Maxima (English and Spanish) is the female form of Maxim.

Maxim is a somewhat popular baby name for boys. The name's popularity has been growing since the 1990s; before that, it was of infrequent use only. Its usage peaked modestly in 2012 with 0.017% of baby boys being given the name Maxim. Its ranking then was #683. In 2018, its usage was 0.012% and its ranking #901. Among the group of boy names directly linked to Maxim, Maximus was the most popular. In 2018, its use outnumbered Maxim's by 8 times. 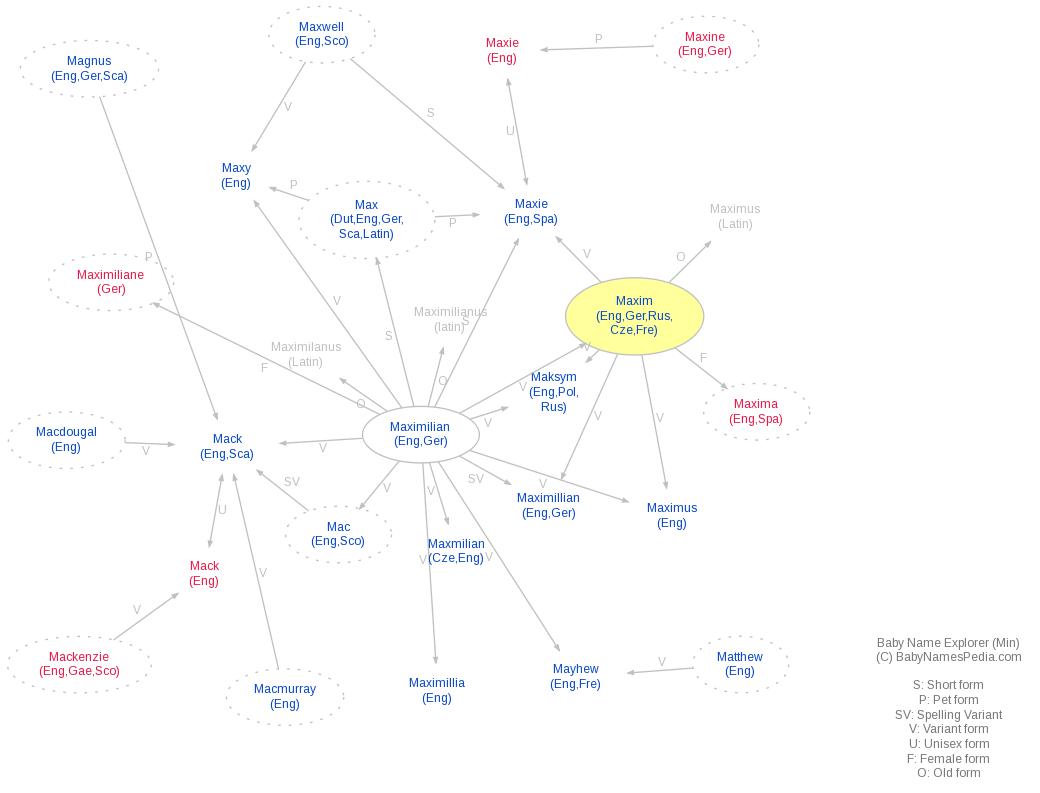