What does Maxwell mean?

[ 2 syll. ma-xwel(l), max-we-ll ] The baby boy name Maxwell is pronounced as MAH-KSWehL- †. Maxwell is an English and Scottish name of Old English origin. The first name is from the Scottish family name, which is itself from a place name around the River Tweed, near Melrose in the former county of Roxburgh. In the 12th century, Maccus, the son of the Saxon lord Undewyn, obtained a title of land on the River Tweed. There was a pool on the grounds which was called 'Maccus' Wiel', and the land was subsequently named Mackeswell after this pool. Mackeswell is a combination of Maccus, a form of Makkr the Old Norse form of Magnus, and the element 'waell' (meaning pool, stream, spring, well); thus it means 'Maccus' pool'. Various spellings of the surname have been recorded, including Maccuswell, Mackisuuell, Maxwaile, Maxwale, and Maxweell. The name Maxwell was borne as a middle name by Sir William Maxwell Aitken, 1st Baron Beaverbrook (1879-1964), a Canadian-born newspaper tycoon, politician, and writer; his descendants have been given his middle name as a first name. 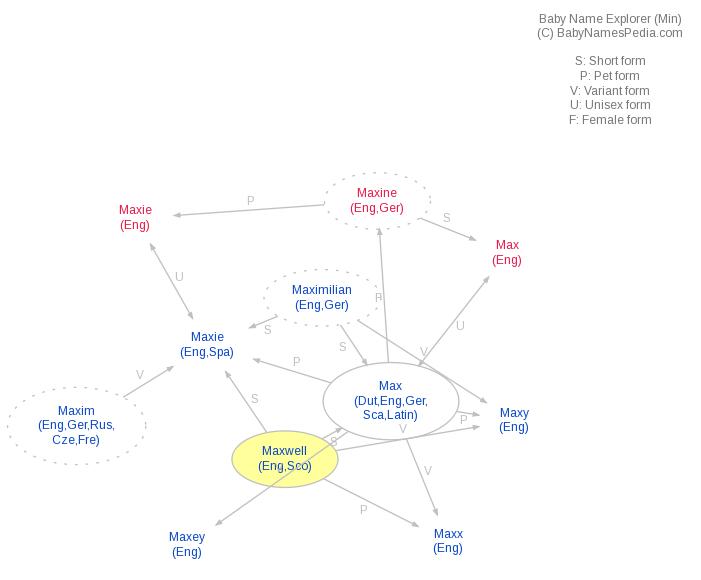