What does Maya mean?

Maya is used chiefly in English and it is derived from Latin origins. The name Maya is derived as a re-spelling of the Roman name Maia, or else as a Latinate version of May. The Roman name could be of the Latin element 'maia' or else 'mai' (meaning great, big). The name was borne in Greek mythology by Maia, the eldest and most beautiful of the Pleiades and the mother of Hermes by Zeus. In Roman mythology, the name was borne by Maia Maiestas, the goddess of spring; the name of the month May is derived from her name. Alternatively, the name could be from the Sanskrit word for 'illusion'. The first name was adopted by English speakers at the start of the 20th century, chiefly in the USA.

Maya is of Sanskrit origin and it is used largely in the Indian language. The meaning here is 'dreams, illusion'.

A variant transcription of Maya is Miah (Indian).

Maya is a variant of the name May (English and Scottish) in the English language. 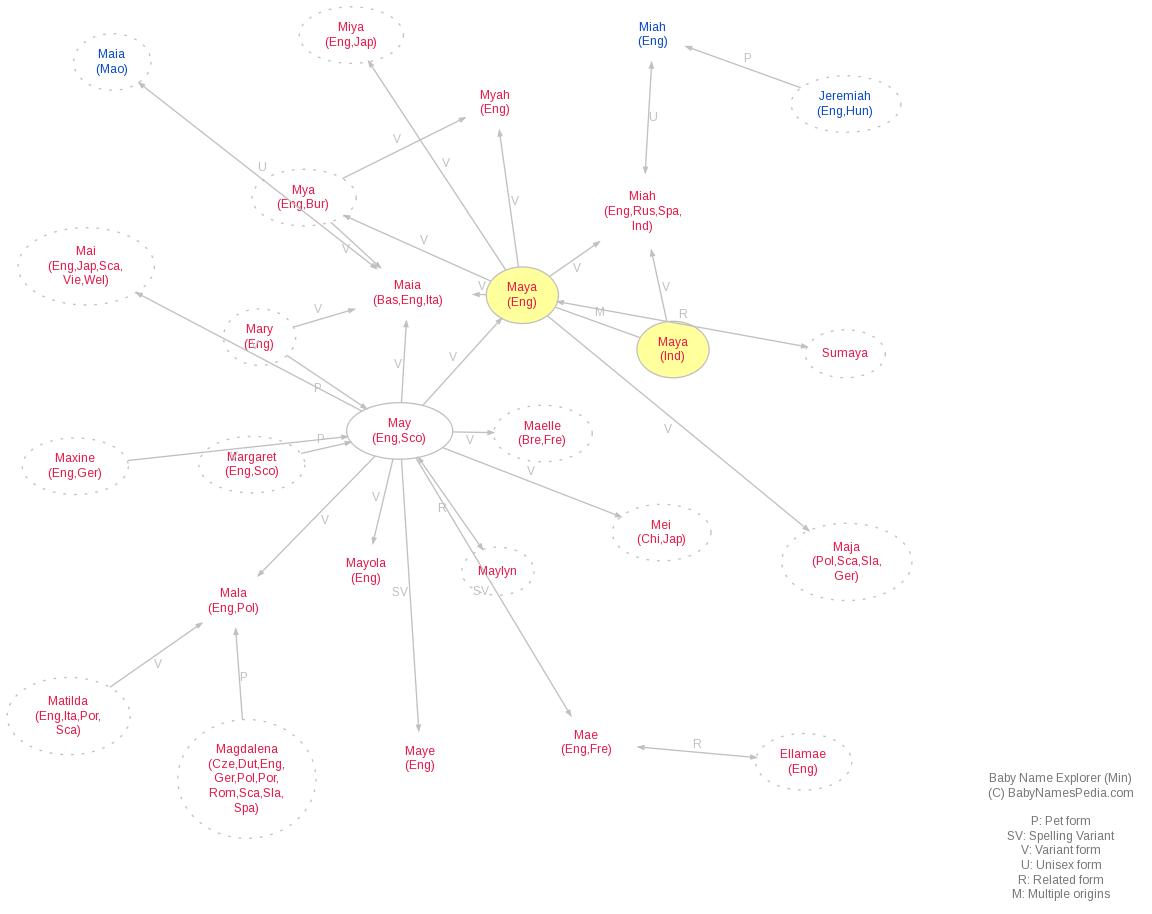