What does Maynard mean?

[ 2 syll. may-nar(d), ma-yna-rd ] The baby boy name Maynard is pronounced MEY-N-erD †. Maynard's language of origin is Germanic and it is predominantly used in English. Maynard is of the meaning 'hardy strength'.

Maynard has 17 derivatives that are used in English and foreign languages. English derivatives include Maenar, Maenard, Maenor, Mainar, Mainard, Mainor, May, Maynar, Mayne, Maynerd, Maynhard, Maynor, Meinhardt, Menard, and Ménard. Another English variant is the pet form Nardo. The German Meinhard is a derivative of Maynard that is used in foreign languages.

Maynard is a rare baby name for boys. At the peak of its usage in 1922, 0.035% of baby boys were named Maynard. Its ranking then was #278. The baby name has since fallen from favor, and is currently used only on a very modest scale. Out of all boy names in its group, Maynard was nevertheless the most commonly used in 2018. 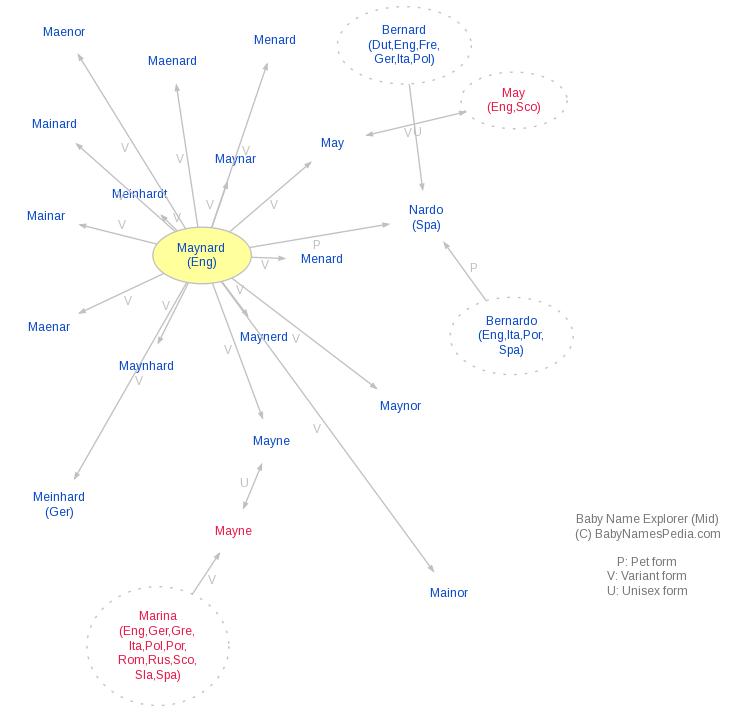