What does Mckenna mean?

[ 3 syll. (m)(c)ken-na, mc-ke-nna ] The baby girl name Mckenna is also used as a boy name, though it is far more popular for girls. It is pronounced MihKKEHNNaa- †. Mckenna has its origins in the Celtic language and it is used largely in English. It is from the word mac which is of the meaning 'son'. The first name is derived from the Gaelic surname Mac Cionnaith; despite the meaning 'son of Cionaodh', it is used as a feminine name.

Forms of Mckenna include the name Mackenna and the English Makenna.

The familiar forms Ken, Kenny, and Mac are other variants of the name.

Mckenna is popular as a baby girl name. The name increased in popularity from the 1990s up to the 2000s; prior to that, it was of only very light use. At the modest peak of its usage in 2002, 0.091% of baby girls were named Mckenna. It was #177 in rank then. The baby name has experienced a drop in frequency since then. In 2018, it ranked at #258 with a usage of 0.068%, but it was nevertheless the most popular out of all girl names in its family. Mckenna was used 28% more than the next ranked name, Makenna, in 2018. Mckenna has primarily been a baby girl name in the last century. 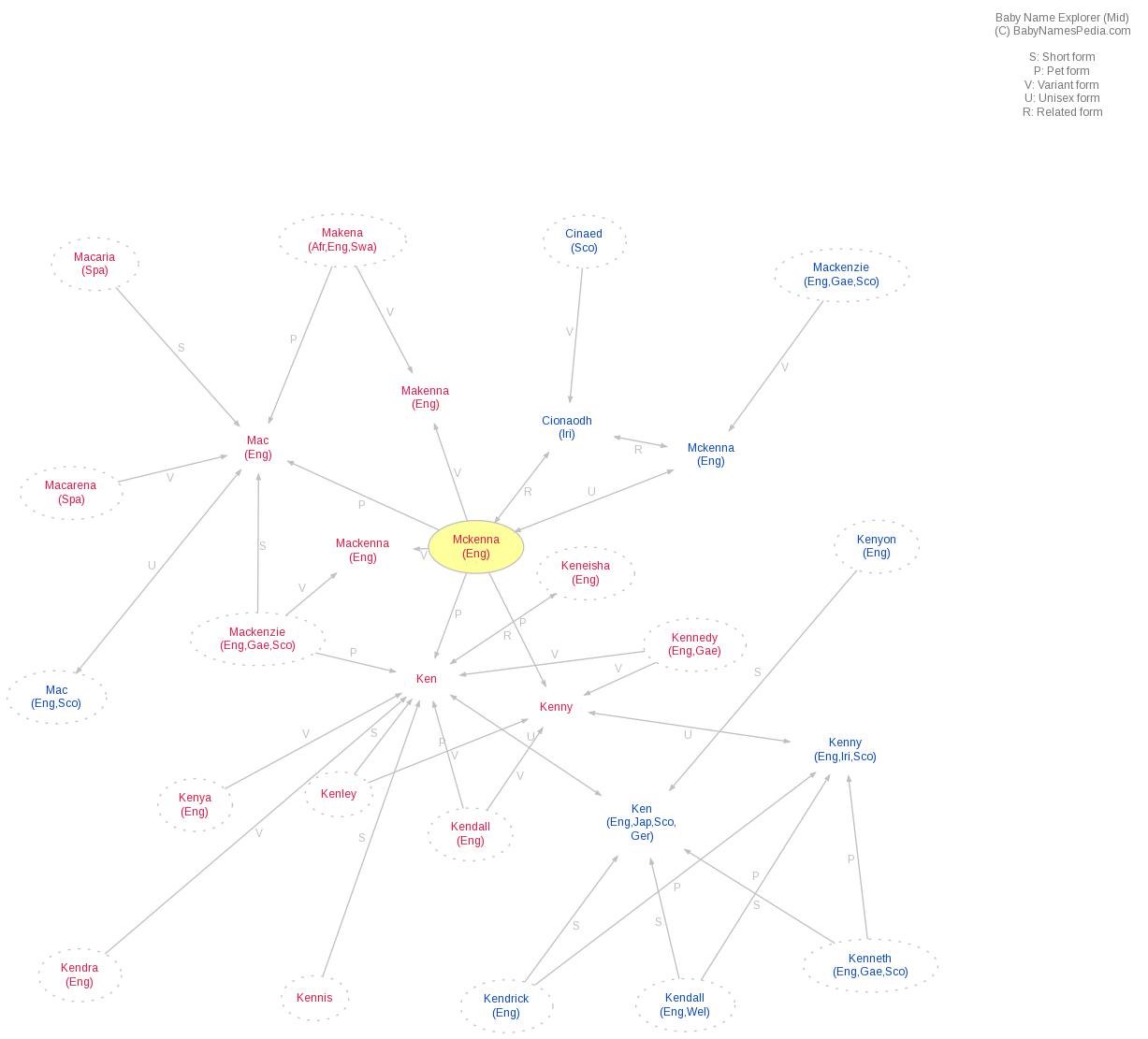