What does Melinda mean?

[ 4 syll. me-lin-da, mel-i-nda ] The baby girl name Melinda is pronounced Meh-LIYIYND-ah †. Melinda's origin is Latin and Old Greek, and its use, English and German. The name is a combination of Melina and Linda, or else it could also have developed as a diminutive of other names such as Melissa and Melanie, from the combination of Mel and the suffix '-inda'. It was first adopted by English speakers in the 18th century.

Melinda is a variant of Melissa (English and German) in the English language.

Melinda has 30 variants that are used in English and foreign languages. English variants include Lynda, Maillie, Malinde, Mallea, Mallee, Mallie, Mally, Melinde, Melinder, Meline, Mellie, Milinda, Milynda, Minnie, Mylenda, Mylinda, Mylynda, and Velinda. Other English forms include the shortenings Mel (used in Portuguese too), Melina, Melyne, and Mindy, the diminutive forms Minda, Mindi, and Mindie, and the spelling variants Malinda, Malynda, Mellinda, and Melynda. Melitina (Latin) is a variant of Melinda that is used in foreign languages.

Variant forms share both the origin and meaning of Melinda.

Melinda is uncommon as a baby name for girls. At the modest height of its usage in 1973, 0.267% of baby girls were named Melinda. It ranked at #72 then. The baby name has since experienced a marked decline in popularity, and is of only irregular use today. Within the group of girl names directly related to Melinda, Melanie was the most frequently used in 2018. 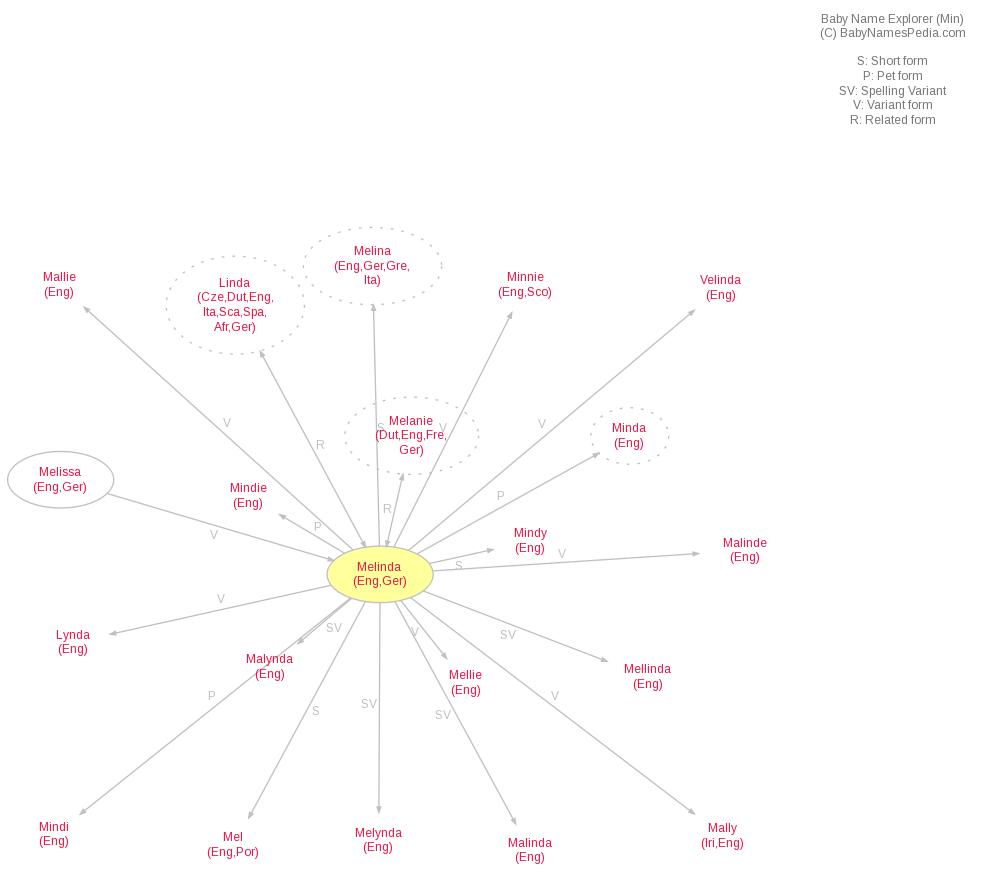