What does Mercia mean?

[ 3 syll. mer-cia, me-rc-ia ] The baby girl name Mercia is pronounced M-erSIY-ah †. Mercia is of Latin, Old English, and English origin. It is used mainly in the English and Latinized languages. Old English origin, English use: This was the name of a powerful Anglo-Saxon kingdom, derived from the Old English Merce. The Mercia kingdom, ruled by King Offa, dominated England during the 8th century. The first name came into use during the early 20th century when Old English names were popular.

In addition, Mercia is a variation of Marcia (English, Italian, Portuguese, Spanish, and Polish).

Mercia is also a variation (Latinized) of Mercy (English).

The origin and meaning of Mercia is inherited by all variant forms.

Mercia is not often used as a baby girl name. It is not listed within the top 1000. Out of the family of girl names directly related to Mercia, Mercy was the most widely used in 2018. 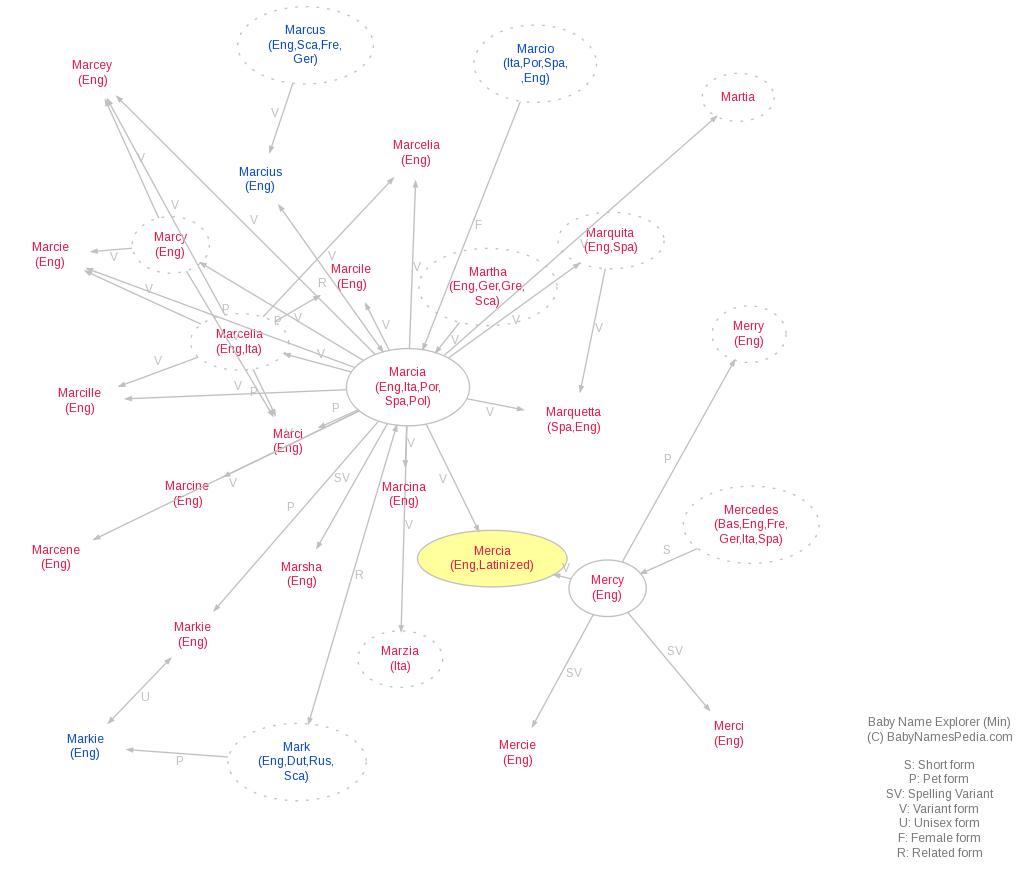