What does Meredith mean?

[ 3 syll. me-re-dit(h), mer-edi-th ] The baby boy name Meredith is also used as a girl name, and more often so. Its pronunciation is MEHR-ah-Dih-TH (English) †. Meredith is largely used in the English and Welsh languages, and it is derived from Welsh origins. The name is of the meaning great chief. It is derived from the elements 'mawredd' meaning greatness ; 'iudd' chief, lord. It represents the transferred use of the surname as a given name. See Meredith for more information.

Merry (English short form) is another variant of Meredith.

Meredith is rare as a baby name for boys. At the modest peak of its usage in 1915, 0.010% of baby boys were given the name Meredith. Its ranking then was #618. The baby name has since fallen in popularity, and is now of very light use. Out of all boy names in its group, Meredith was nonetheless the most frequently used in 2018. There were times from 1901 to 1931 that the name Meredith was given more often to boys, but it is more popular as a girl name today. In 1954, girls named Meredith outnumbered boys by 5 times. 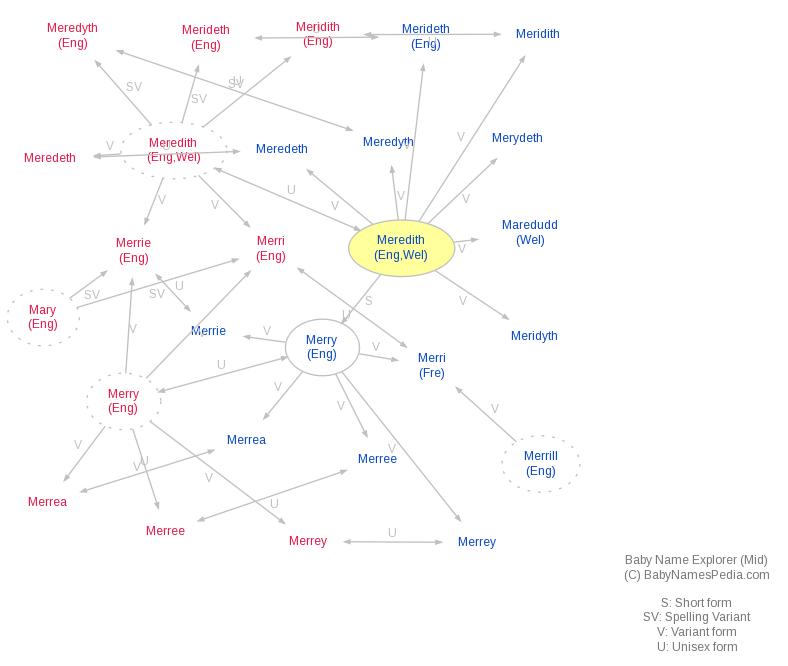