What does Merlin mean?

[ 2 syll. mer-lin, me-rl-in ] The baby boy name Merlin is pronounced as MAHR-LihN (English) †. Merlin is an English, German, and Welsh name of Celtic origin. The name is of the meaning seahill fort. It is derived from the elements 'muir' meaning sea ; 'dun' hill, fort. Myrddin (Celtic) is an original form of Merlin. The name acquired the -lin diminutive suffix via Old French influence. It was borne in Arthurian legend by the famous wizard and advisor to King Arthur. The name Merlina (English and German) is the female equivalent of Merlin.

Merlin has 17 variants that are used in English and other languages. Variants used in English include Marlin, Marlon (also used in French), Merlan, Merlann, Merlen, Merlenn, Merlinn, Merlon, Merlonn, Merlun, Merlunn, and Merlynn. The variant spelling Merlyn is another English form. Merlijn (Dutch), Merlino (Italian), and Merlín (French) are foreign variants of Merlin. Another foreign variant is the contraction Merle (French).

Merlin is rare as a baby name for boys. At the modest peak of its usage in 1931, 0.034% of baby boys were given the name Merlin. Its ranking then was #288. The baby name has since fallen out of favor, and is now of irregular use. Out of the group of boy names directly linked to Merlin, Marlon was the most popular in 2018. 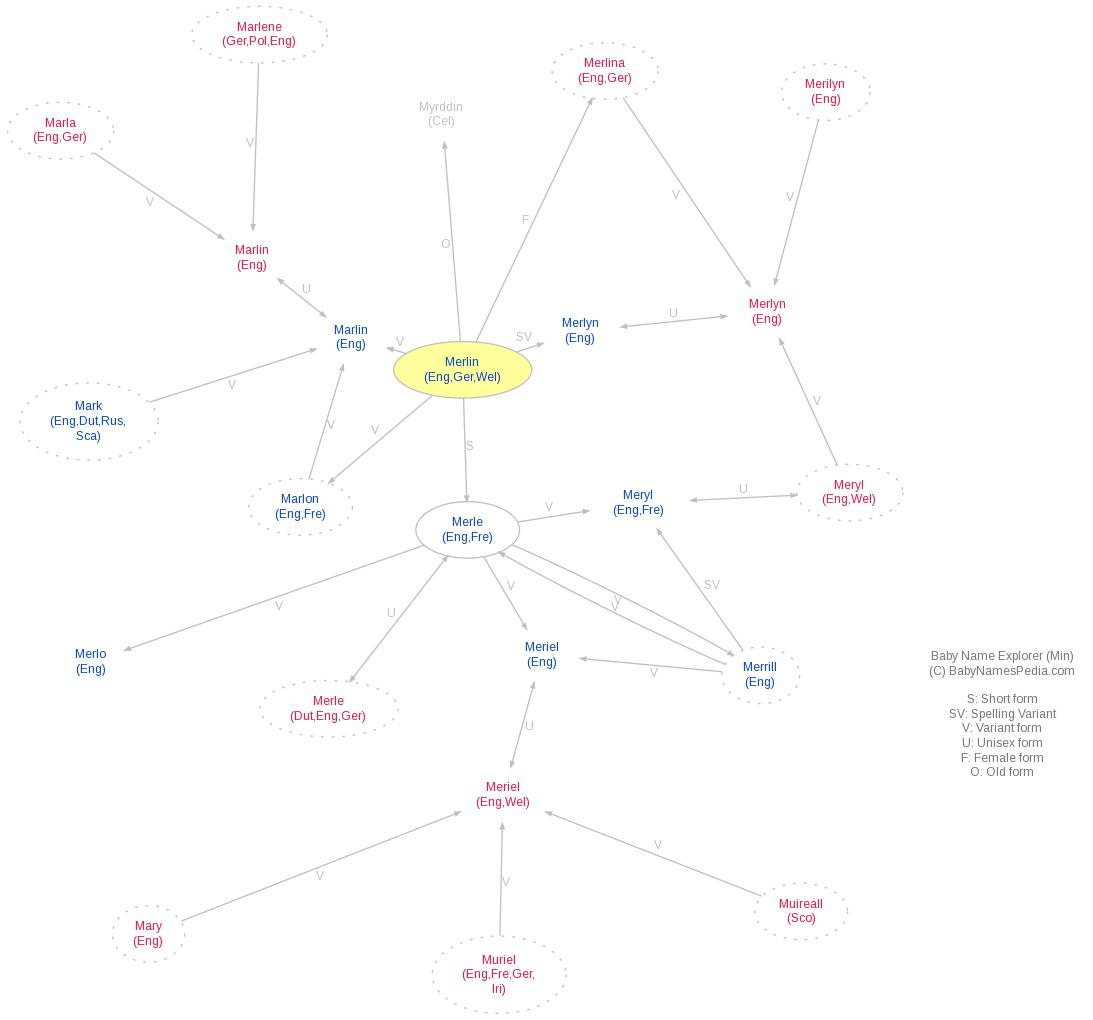