What does Merrill mean?

[ 2 syll. mer-ril(l), me-rri-ll ] The baby boy name Merrill is sometimes used as a girl name. Its pronunciation is MEHRRihL †. Merrill is an English name of Old French and Celtic origin. From Celtic roots, its meaning is sea-bright. It is from the elements 'muir' meaning sea ; 'geal' bright. The frirst name is derived from the English surname, which is itself from the first name Muriel.

Merrill is a variant (English) of the name Merle (English and French).

Merrill is rare as a baby name for boys. At the modest peak of its usage in 1915, 0.030% of baby boys were given the name Merrill. It ranked at #326 then. The baby name has since suffered a marked loss in popularity, and is currently of irregular use. Out of all boy names in its group, Merrill was nonetheless the most widely used in 2018. Merrill has in the past century been mostly given to baby boys. 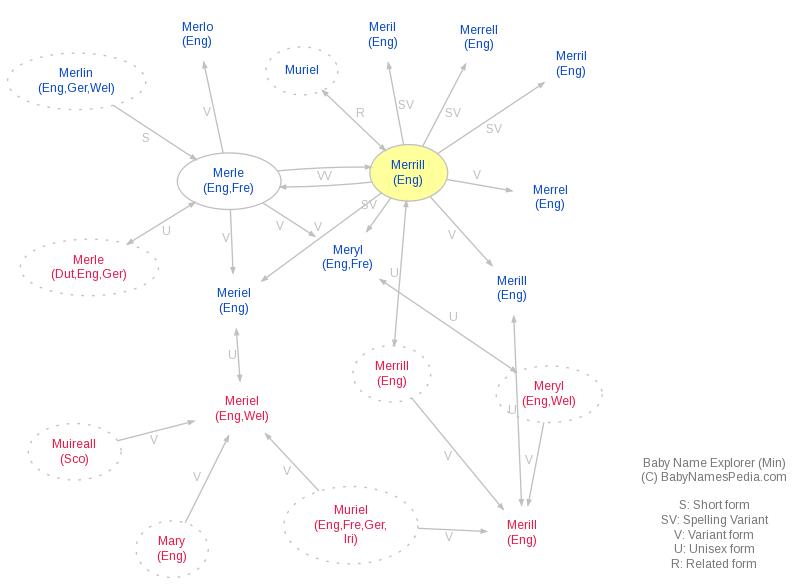