What does Merritt mean?

[ 2 syll. mer-rit(t), me-rri-tt ] The baby girl name Merritt is also used as a boy name, with the latter form being far more popular. It is pronounced as MEHR-ihT †. Merritt's origin is varied. See Merritt for more information.

Forms of Merritt include the names Merit, Meritt, Meryt, and Merytt.

Merritt is not commonly used as a baby girl name. It is not in the top 1000 names. In the last century Merritt has primarily been a boy name. 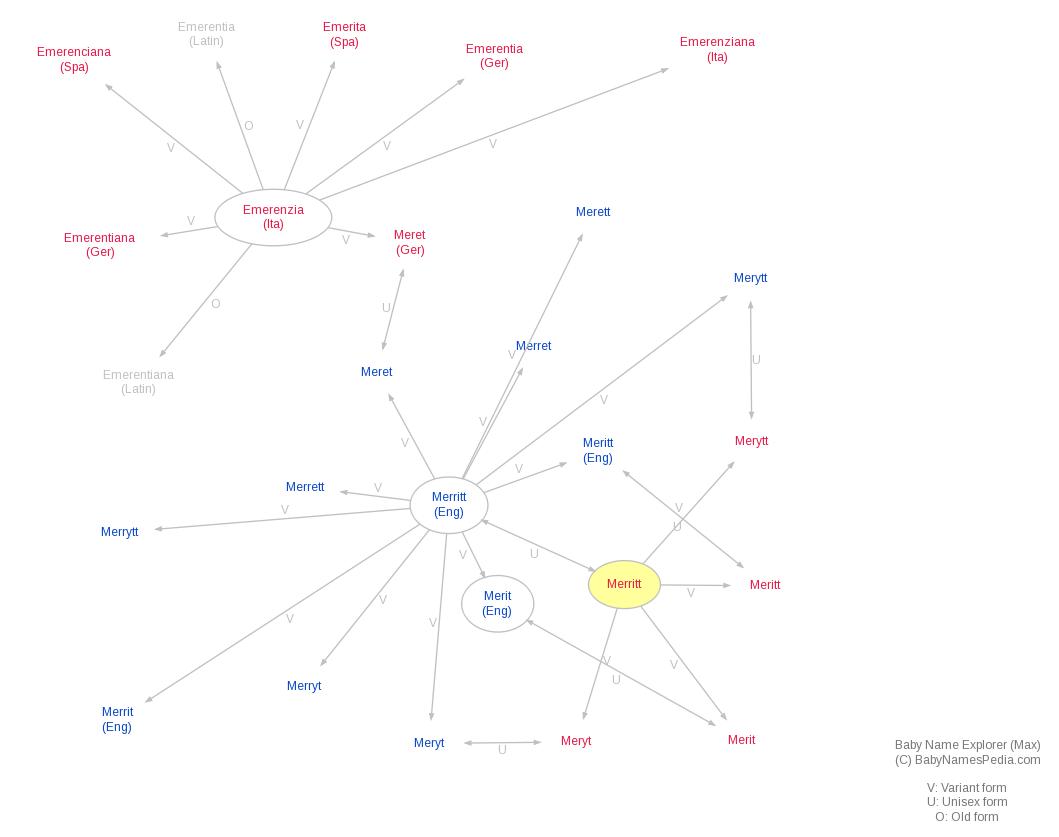