What does Merry mean?

[ 2 syll. mer-ry, me-rry ] The baby boy name Merry is also used as a girl name, with the latter form being much more common. Its pronunciation is MEHR-iy in English †. Merry is used chiefly in the English language, and its origin is Welsh and English. The name was used by J. R. R. Tolkien for a hobbit in his Lord of the Rings (1954-1955) trilogy. The character's real name name was Kalimac Brandagamba, with Kalimac meaning 'merry'. His transliterated English name was Meriadoc Brandybuck, with the nickname Merry. See Merry for more information.

In addition, Merry is a contraction of the name Meredith (English and Welsh) in the English language.

Merry is unusual as a baby name for boys. It is not listed in the top 1000 names. Merry has mostly been a girl name in the past century. 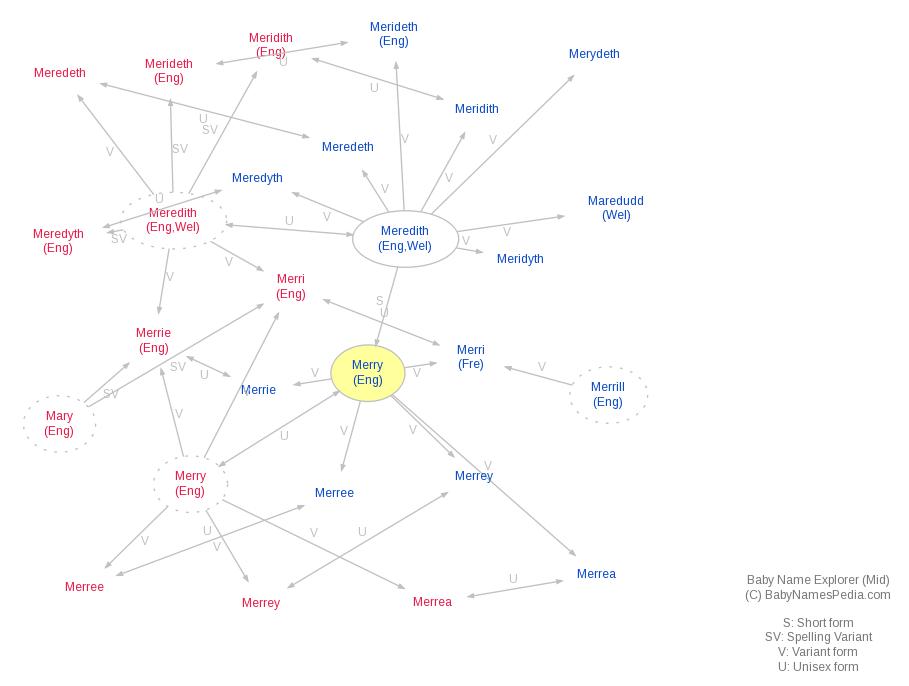