What does Mervyn mean?

[ 2 syll. mer-vyn, me-rv-yn ] The baby boy name Mervyn is pronounced in English as MAHR-VihN †. Mervyn has its origins in the Welsh language. It is used largely in English and Welsh. The first name is Anglicized from Merfyn (Welsh), comprising of the elements mer and myn (meaning 'eminent, great'). The name Merfyn was borne by an obscure 9th century Welsh king. It has traditionally been a Welsh name; English speakers started adopting the name in the 20th century.

Mervyn is a variation of Marvin (English and German).

Mervyn is unusual as a baby boy name. Its usage peaked modestly in 1935 with 0.005% of baby boys being named Mervyn. It had a ranking of #856 then. The baby name has experienced a drop in popularity since then, and is currently of only sporadic use. In 2018, among the family of boy names directly related to Mervyn, Marvin was the most popular. 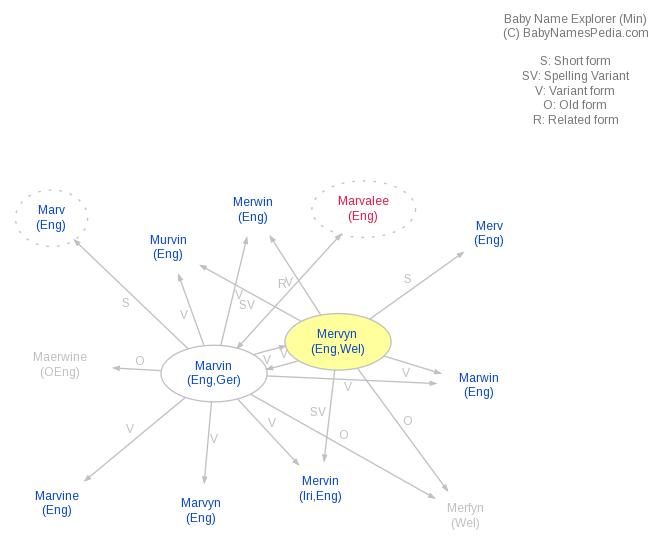