What does Michaela mean?

[ 4 syll. mic-hae-la, mi-cha-ela ] The baby girl name Michaela is pronounced Mih-K-aa-EH-Laa (German) †. Michaela has its origins in the Hebrew language. It is used largely in Czech, Dutch, English, German, Italian, Scandinavian, and Slavic. The meaning of Michaela is 'who is like God?'. It is a biblical name derived from miy which means 'who' ; el 'God, powerful'. The generic name has been used in the Old Testament of the Bible.

Michaela is a form of the English Michael.

Michaela is also a form (English, German, and Italian) of the English, French, and German Michelle.

Michaela is the feminine version of the Czech, English, French, German, and Yiddish Michael.

What are the Variant Forms of Michaela? 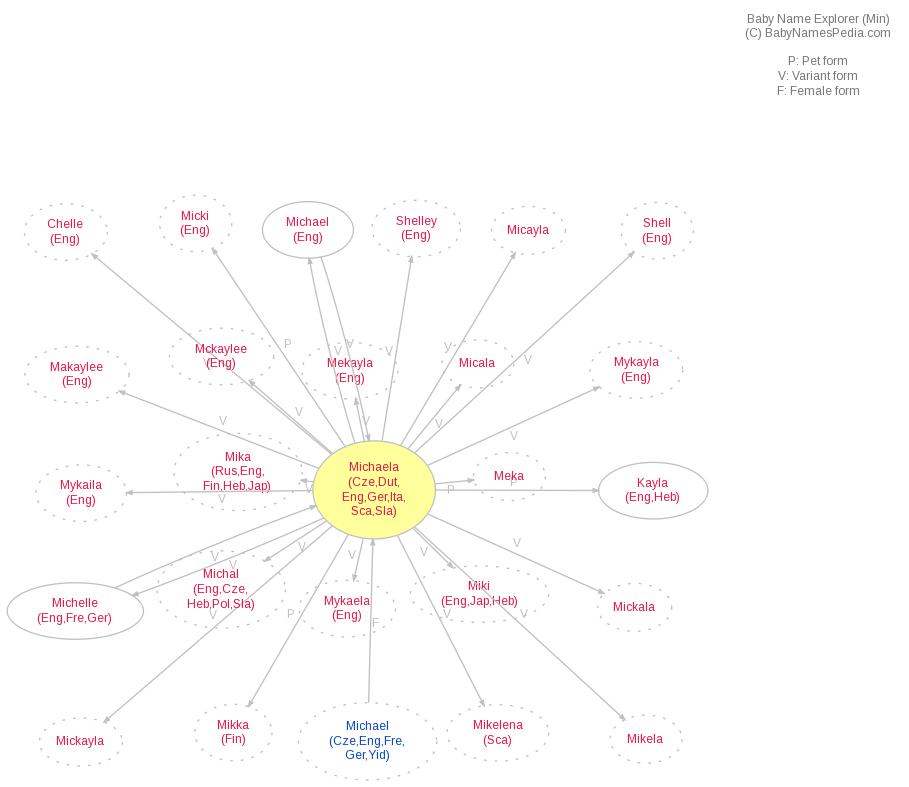