What does Mick mean?

[ 1 syll. mic(k), mi-ck ] The baby boy name Mick is pronounced MIHK †. Mick is of Hebrew origin, and it is predominantly used in the English and Irish languages. In Ireland, Mick is a slang term, sometimes used in a derogatory manner, for any Irishman or a Catholic Irishman. This usage has somewhat diminished the popularity of the name.

In addition, Mick is a contraction of Michael (Czech, English, French, German, and Yiddish) in the English and Irish languages.

Variant forms share both the origin and meaning of Mick.

Mick is not regularly used as a baby name for boys. It is not listed in the top 1000 names. In 2018, within the group of boy names directly linked to Mick, Michael was the most popular. 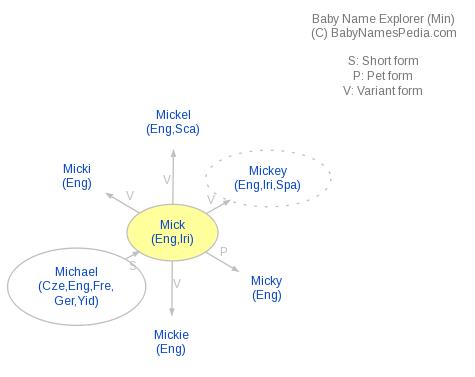