What does Milan mean?

[ 2 syll. mi-lan, mil-an ] The baby boy name Milan is also used, but less commonly, as a girl name. Its pronunciation is Mih-LAAN or MIY-LaeN †. Milan is used predominantly in the Czech, Indian, Slavic, Spanish, Russian, English, and Polish languages, and its origin is Latin and Slavonic. Slavonic origin, Czech, Indian, Russian, and Slavic use: It is derived from the element 'mil' meaning favor, grace.

In addition, Milan is a pet form (Czech, Indian, Slavic, and Spanish) of the name Emiliano (Italian and Spanish).

Milan is also a variant (Czech, English, Polish, Russian, and Slavic) of the name Miloslav (Czech and Russian).

Milan is a fairly popular baby name for boys, and it is also considered fairly trendy. The name's popularity has been rising since the 2010s. At the recent peak of its usage in 2014, 0.037% of baby boys were given the name Milan. Its ranking then was #413. In 2018, its usage was 0.034% and its ranking #450. Out of the group of boy names directly linked to Milan, Emiliano was the most commonly used. In 2018, the name was thrice as popular as Milan. There were times from 2009 to 2013 that the name Milan was given more often to girls, but it is more popular as a baby boy name today. In 2017, 63% more baby boys than girls were given the name Milan. 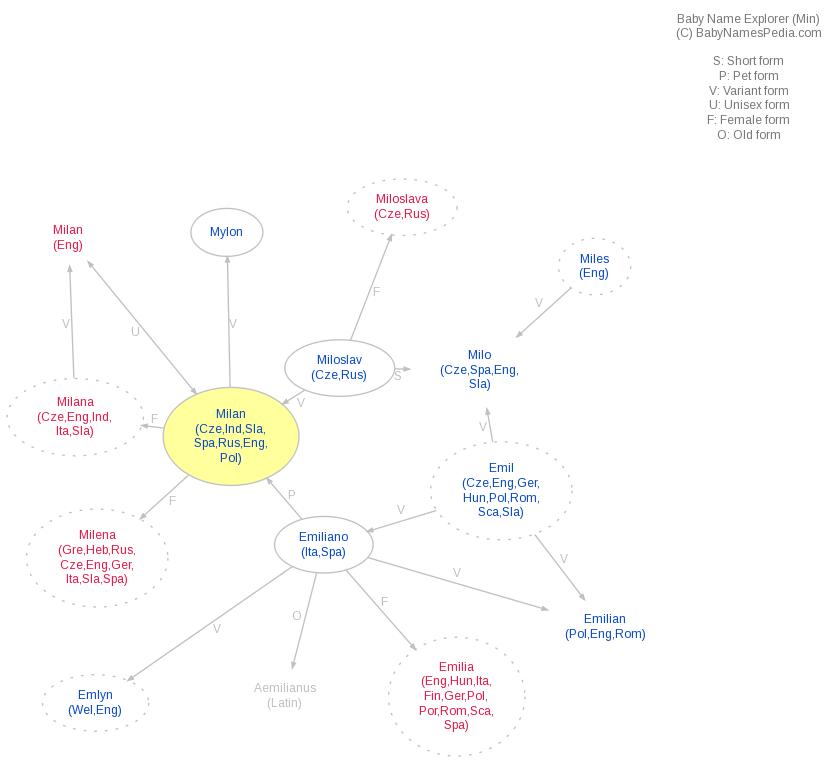