What does Millicent mean?

[ 3 syll. mil-li-cen(t), mi-llice-nt ] The baby girl name Millicent is pronounced MIY-Liy-SahNT †. Millicent is of Old Greek and Germanic origin. It is used mainly in the English language. From Germanic roots, its meaning is 'hard worker'. The name is derived from Melisende (Old French) and Melisenda (Old French), the French forms introduced to English speakers by the Normans; the original forms are from Amalswint (Germanic) and therefore the Germanic elements amal and swinth. The name was borne by one of the daughters of Charlemagne. It was first used by English speakers in the 12th century. It fell into disuse in the 17th century, and later saw a revival in the 19th century.

In addition, Millicent is a variation of Melissa (English and German).

Millicent is uncommon as a baby girl name. At the modest height of its usage in 1927, 0.020% of baby girls were given the name Millicent. It was #436 in rank then. The baby name has seen a marked drop in popularity since then, and is currently of only sporadic use. Within the family of girl names directly linked to Millicent, Melissa was the most frequently used in 2018. 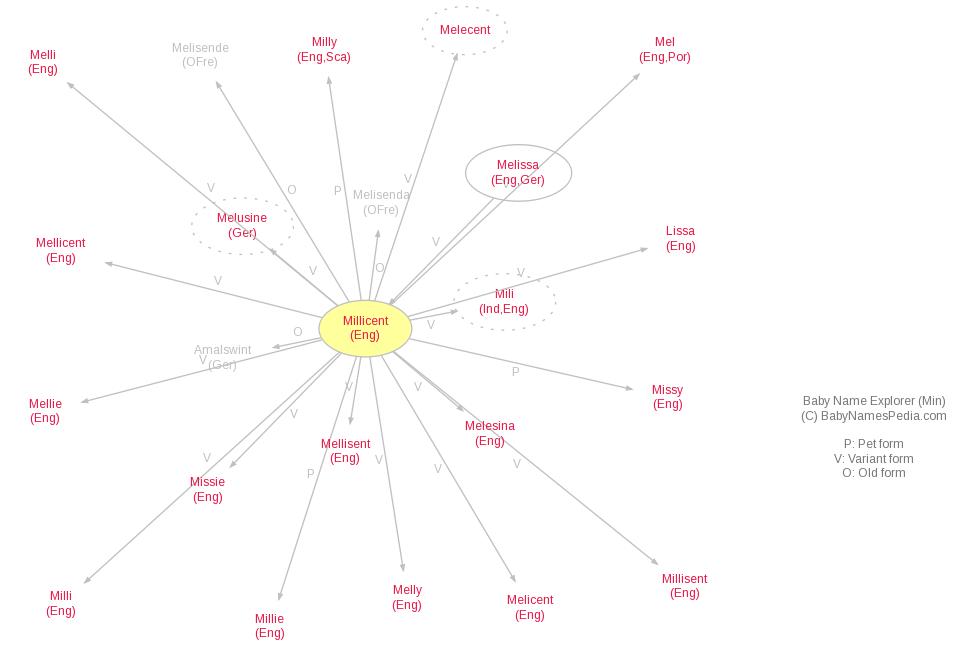