What does Milo mean?

[ 2 syll. mi-lo, mil-o ] The baby boy name Milo is pronounced MAYLow or MIY-Low †. Milo's language of origin is Latin and Slavonic. It is predominantly used in Czech, Spanish, English, and Slavic.

Milo is a variant form of Emil in the Czech and Spanish languages.

Milo is also a variant form of the English Miles.

Milo is also a contracted form of the Czech and Russian Miloslav in the Slavic language.

Milo is a popular baby boy name, and it is also regarded as trendy. The name has been increasing in popularity since the 2000s. At the modest height of its usage in 2018, 0.113% of baby boys were named Milo. It had a ranking of #178 then. In 2018, within the family of boy names directly related to Milo, Miles was the most regularly used. It was more regularly used than Milo by 81% in that year. 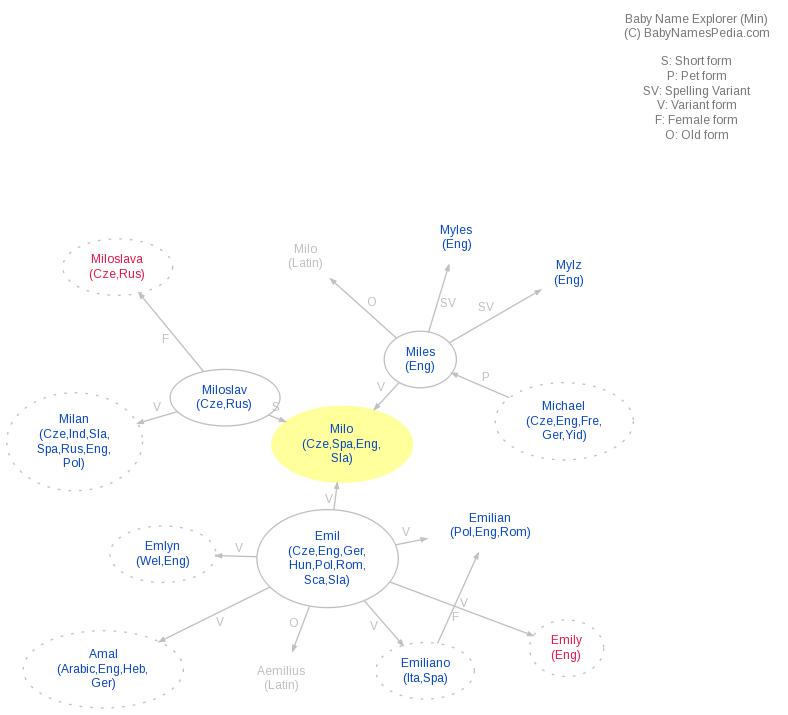