What does Minerva mean?

[ 3 syll. mi-ner-va, min-e-rva ] The baby girl name Minerva is pronounced in English as Mih-NAHR-Vah †. Minerva is largely used in English and German, and it is derived from Latin origins. Menrva (Etrusk) and Minerva (Latin) are original forms of the name. The name is of uncertain derivation; it could be from the Latin 'mens' (meaning mind, intellect) or else of Etruscan origin. The first name has been used since the 14th century; among English speakers it first appeared in the 19th century. The name is in recent times known from the character Minerva McGonagall, headmistress of Hogwarts, in the Harry Potter (1997-) series.

Minerva is unusual as a baby name for girls. Its usage peaked modestly in 1901 with 0.033% of baby girls being named Minerva. It ranked at #332 then. The baby name has since substantially dropped in popularity, and is now of sporadic use. Among all girl names in its group, Minerva was nevertheless the most regularly used in 2018. 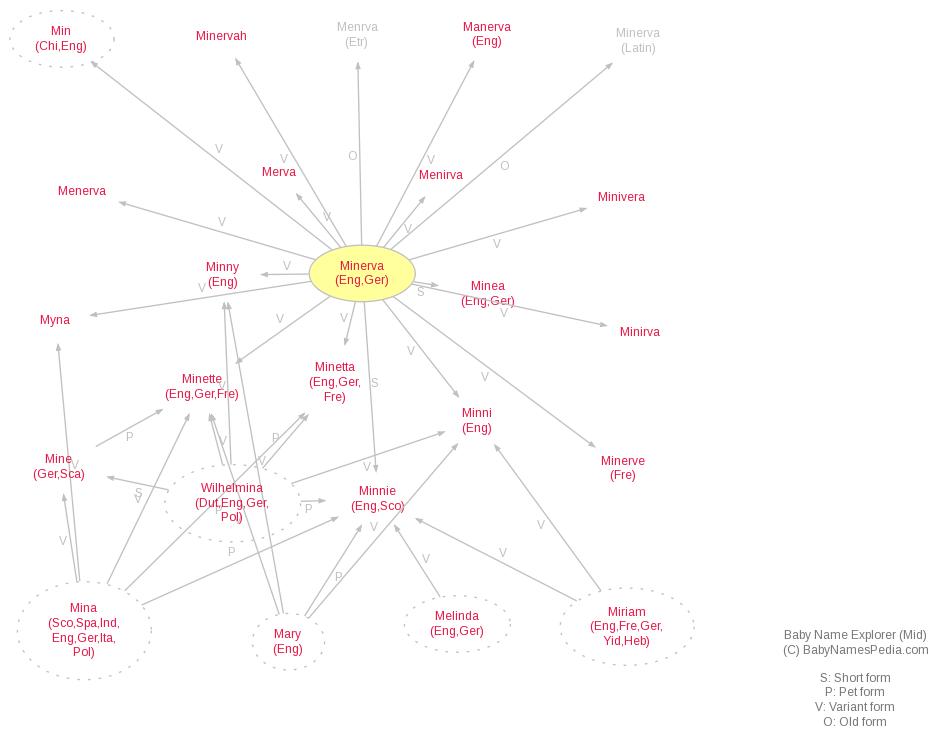