What does Mirabelle mean?

[ 3 syll. mi-ra-bel-le, mir-abe-lle ] The baby girl name Mirabelle is pronounced Miy-Raa-BEHL- †. Mirabelle's language of origin is Latin, and it is used largely in the English, French, and Spanish languages. The name is derived from the Latin mirabilis (meaning 'lovely, wonderful'), which is from the root word mirari ('to admire, to wonder at'). The name was rather popular in the late medieval period.

Mirabelle is rarely used as a baby name for girls. It is not ranked within the top 1000 names. In 2018, out of the group of girl names directly linked to Mirabelle, Bella was the most frequently used. 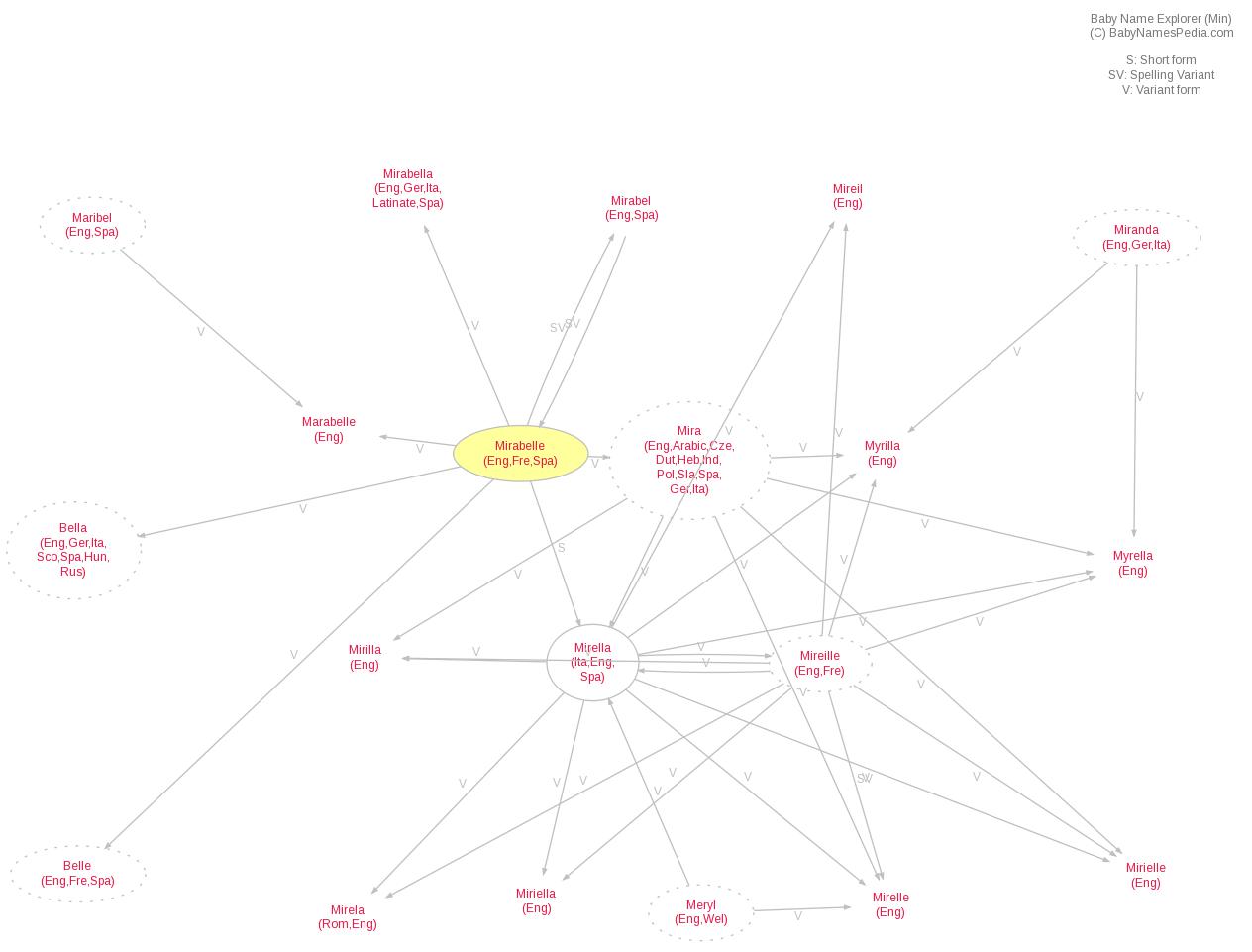