What does Miranda mean?

[ 3 syll. mi-ran-da, mir-a-nda ] The baby girl name Miranda is pronounced as Mih-RAENDaa †. Miranda's language of origin is Latin. It is predominantly used in the English, German, and Italian languages. The meaning of the name is 'adorable'. The name is derived from the Latin mirandus (meaning 'admirable, wonderful'), itself from the root word mirari ('to admire, to wonder at'); it was invented by Shakespeare for the daughter of Prospero in his play The Tempest (1611). The name was later adopted by English speakers; it saw a revival in the mid 19th century. 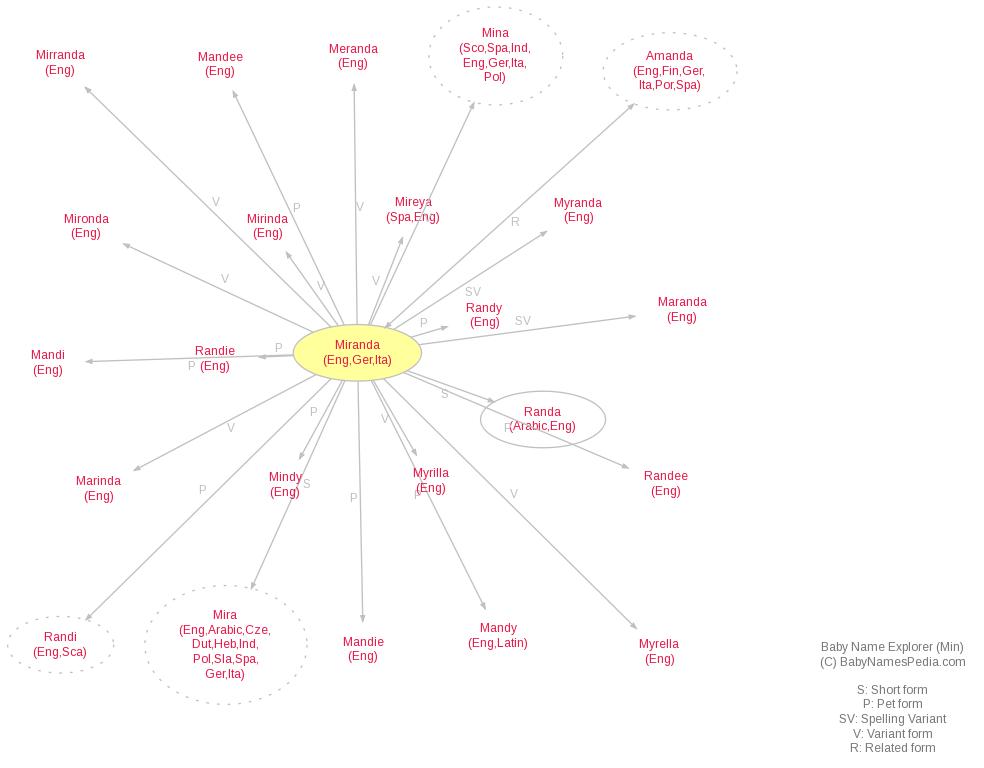