What does Monica mean?

[ 3 syll. mo-ni-ca, mon-ica ] The baby girl name Monica is pronounced MAAN-ih-Kah (English) †. Monica is of Old Greek origin. It is used mainly in English, Italian, Portuguese, and Spanish. The name is of obscure origin; it could be from the Greek monos (meaning 'single, only'), the Latin monachus ('monk, hermit'), or else the Latin monere ('to advise, to warn'). The name was borne by Saint Monica of Hippo (332-387), the mother of Saint Augustine; she was from Carthage, so her name could be of Phoenician origin. The association with the Latin monere ('to advise, to warn') came about in the medieval period as Saint Monica was credited with advising and guiding her son to Christianity. The name was first adopted by English speakers in the 19th century.

Monica is a variant of Monique (French) in the English, Italian, and Spanish languages.

Monica has 23 variants that are used in English and foreign languages. English variants of the name include Lamonica, Monee, Monia, Monic, Monicah, Monice, Monicia, Monicka, Monika (used in Czech, German, Latvian, Lithuanian, Polish, Scandinavian, and Slavic as well), Monike, Monise, Monn, Monnica, and Monya. Other English variants include the familiar forms Mona (used in German, and Scandinavian as well), Monnie, and Monny.

Monica is an all-time favorite. At present it is still rather popular as a baby girl name, but not as much as it was before. The name's popularity grew from the 1900s up to the 1970s. At the peak of its usage in 1973, 0.410% of baby girls were named Monica. It was #40 in rank then. The baby name has markedly dropped in popularity since then. In 2018, it ranked at #608 with a usage of only 0.027%, but it was nevertheless the most widely used out of all girl names in its family. 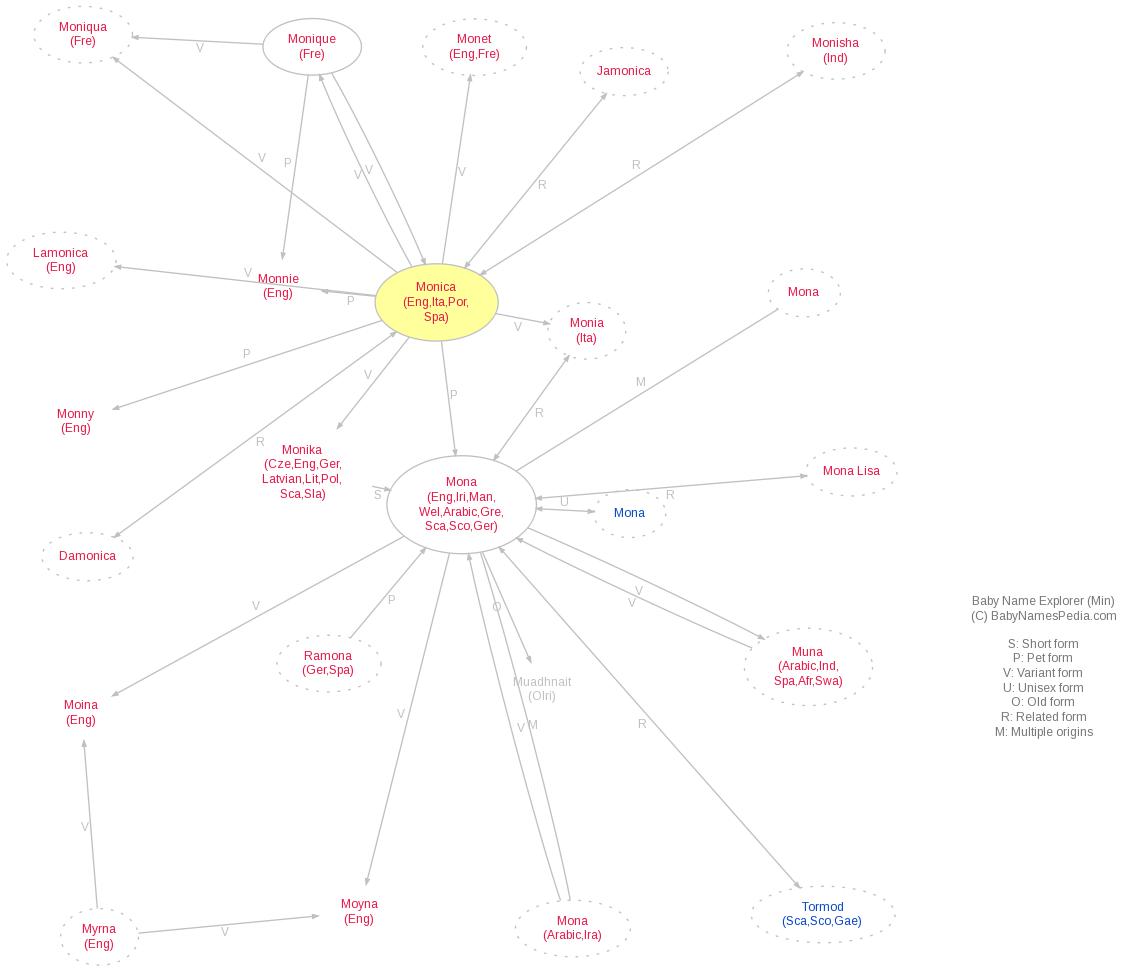