What does Monique mean?

[ 2 syll. mo-ni-que, mon-iq-ue ] The baby girl name Monique is pronounced as MowNIY-K †. Monique is used chiefly in French and its origin is Old Greek.

Monique is a variant of the name Monica (English, Italian, Portuguese, and Spanish) in the French language.

Variant forms share both the origin and meaning of Monique.

Monique is uncommon as a baby name for girls. At the height of its usage in 1980, 0.178% of baby girls were named Monique. Its ranking then was #93. The baby name has since experienced a marked loss in popularity, and is today of very modest use. Within the group of girl names directly related to Monique, Monica was the most frequently used in 2018. 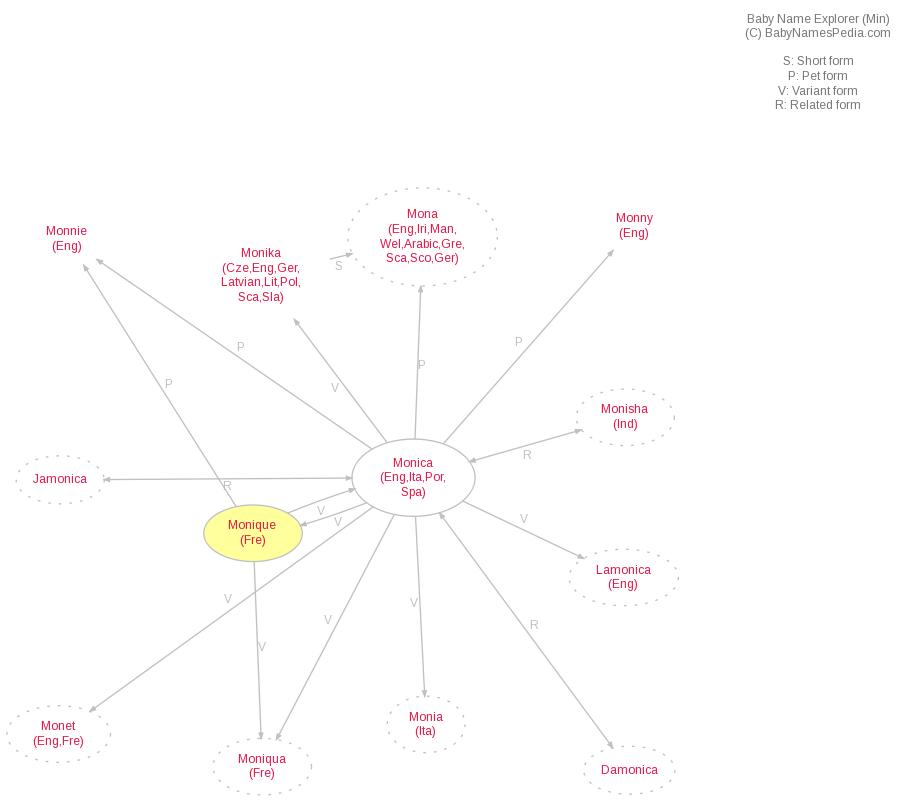