What does Monserrat mean?

[ 3 syll. mon-ser-rat, mo-nserr-at ] The baby girl name Monserrat is pronounced as MOWN-Seh-R-AA-T †. Monserrat is primarily used in the Catalan and English languages, and it is of Catalan and Spanish origin. From Catalan roots, its meaning is serrated mountain.

Monserrat is a Catalan and English form of the Catalan, English, and Spanish name Montserrat.

The name Montserrat is a form of Monserrat.

Monserrat is uncommon as a baby name for girls. At the modest height of its usage in 2014, 0.026% of baby girls were given the name Monserrat. Its ranking then was #592. The baby name has since experienced a marked fall in frequency, and is now used on a very light scale. Within all girl names in its group, Monserrat was nonetheless the most frequently used in 2018. 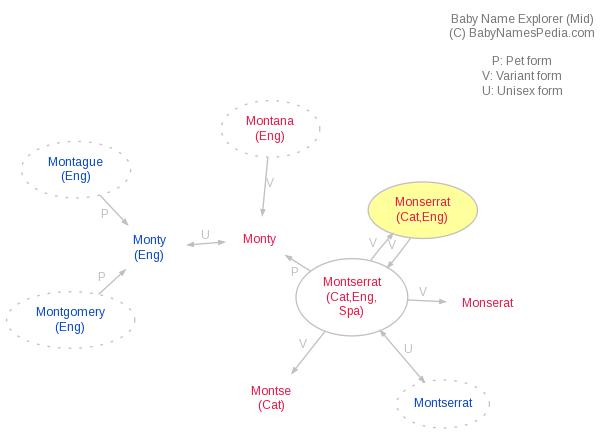