What does Morena mean?

[ 3 syll. mo-re-na, mor-ena ] The baby girl name Morena is pronounced Mow-REY-Naa- †. Morena's language of origin is Celtic and Spanish. It is predominantly used in Spanish, German, and Italian. From Spanish roots, its meaning is 'brown, brown-haired' - in this context, Morena can be used in the German, Italian, and Spanish languages. The first name is derived from the Spanish surname, which is a short form of De la Morena, referring to the place name Sierra Morena, or else a feminine form of a nickname from moreno, which is ultimately of the Latin maurus (meaning 'swarthy, dark skinned, moor').

In addition, Morena is a form of the English and Irish Maureen in the Spanish language.

Morena is the feminine form of the German, Italian, Slavic, and Spanish Moreno.

Morena is not often used as a baby girl name. It is not in the top 1000 names. 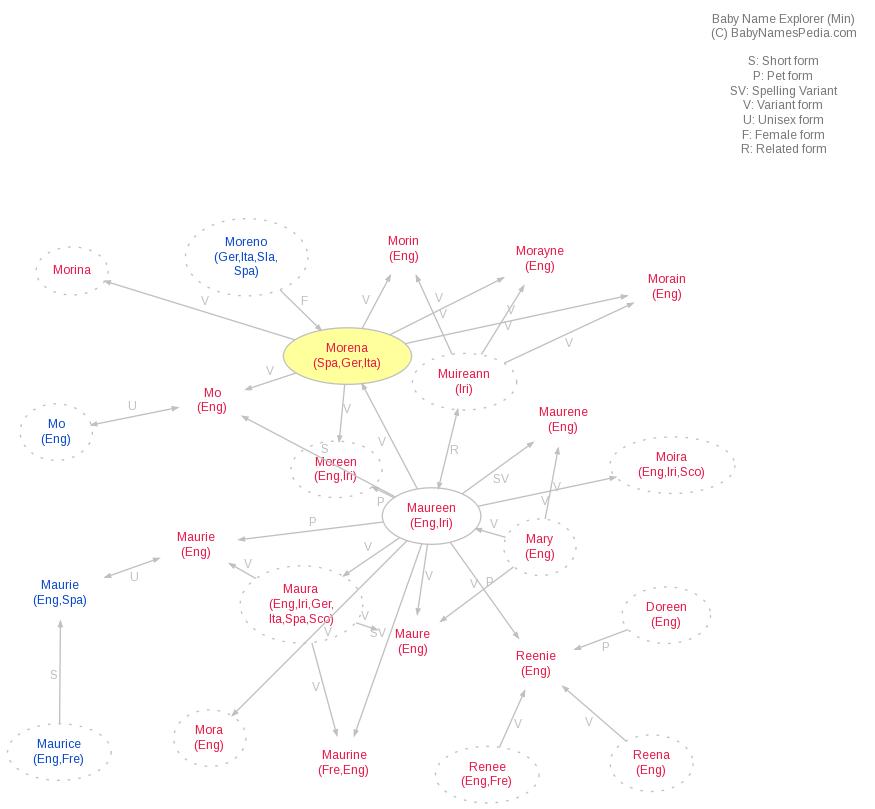