What does Moreno mean?

[ 3 syll. mo-re-no, mor-eno ] The baby boy name Moreno is pronounced as MaoRIYNow †. Moreno is used predominantly in the German, Italian, Slavic, and Spanish languages, and it is derived from Spanish origins. The name's meaning is brown, brown-haired. The first name is derived from the Spanish, Portuguese and Jewish surname, itself originally a byname for someone of brown hair or a dark complexion, from 'moreno', which is ultimately of the Latin 'maurus' (meaning swarthy, dark skinned, moor). The name Morena (Spanish, German, and Italian) is the female version of Moreno.

Moreno is not regularly used as a baby name for boys. It is not listed in the top 1000 names. 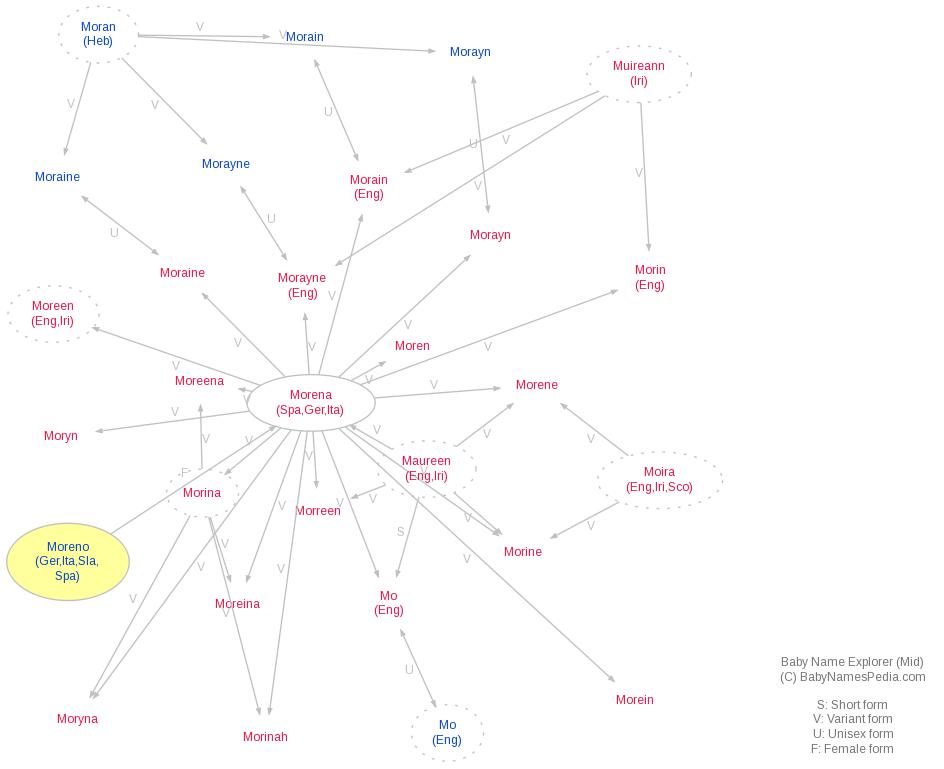