What does Morgana mean?

[ 3 syll. mor-ga-na, mo-rg-ana ] The baby girl name Morgana is pronounced MaoRGAA-Naa- †. Morgana is of Celtic origin and it is used largely in the English language. It is derived from mor meaning 'sea' ; cant 'edge, circle, completion' ; geni 'to be born, bright one'.

Morgana is a variation of Morgan (English and Welsh).

Morgana has 17 variations that are used in English and foreign languages. Variations of the name used in English include Maughan, Morgain, Morgan (also used in Welsh), Morgance, Morgane, Morganetta, Morganette, Morganica, Morgann, Morganna, Morganne, Morgen, Morghan, Morgin, Morgyn, and Morrigan. Morgaine (French) is a variation of Morgana that is in foreign languages.

Morgana is unusual as a baby girl name. It is listed outside of the top 1000. In 2018, out of the family of girl names directly linked to Morgana, Morgan was the most regularly used. 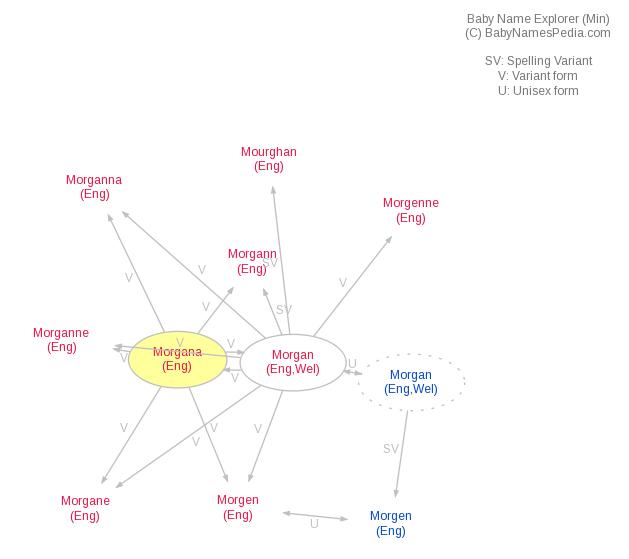