What does Morton mean?

[ 2 syll. mor-ton, mo-rt-on ] The baby boy name Morton is pronounced MAORTahN †. Morton has its origins in the Old English language and it is used largely in English. It is from mortun which means 'moor town' ; tun 'town, settlement, homestead'. The first name is derived from the surname, which is itself from an Old English place name. The given name was first used in the mid-19th century. It is commonly used by Jews as an Anglicized form of Moses.

Morton is rare as a baby name for boys. At the peak of its usage in 1923, 0.043% of baby boys were named Morton. It ranked at #253 then. The baby name has since substantially slipped in popularity, and is used only on a very modest scale now. In 2018, out of the group of boy names directly related to Morton, Moses was the most regularly used. 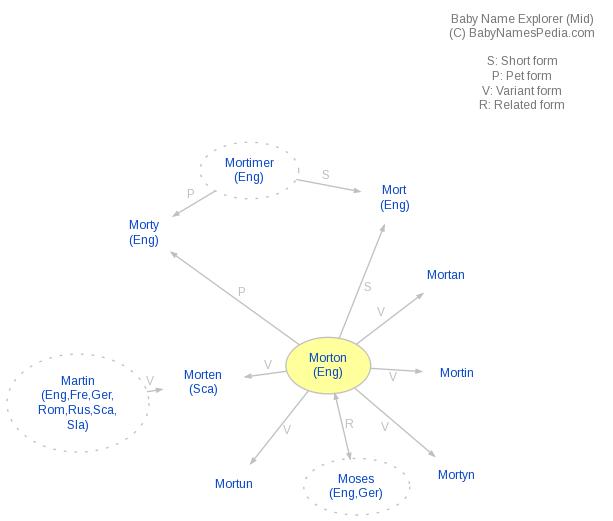