What does Muhammad mean?

[ 3 syll. mu-ham-mad, muh-amm-ad ] The baby boy name Muhammad is pronounced Muw-HHAA-MehD †. Muhammad's language of origin is Arabic, and it is predominantly used in Arabic and English. It is derived from muhammad which means 'praiseworthy' ; hamida 'to praise, to commend, to thank'. The name was borne by the prophet Muhammad (570-632), the founder of Islam. It has consequently been very popular within the Islamic community.

Muhammad is a fairly popular baby name for boys, and it is also perceived to be trendy. The name has been rising in popularity since the 1990s. At the modest peak of its usage in 2018, 0.050% of baby boys were named Muhammad. Its ranking then was #345. Out of all boy names in its group, Muhammad was the most popular in 2018. Muhammad was used 47% more than the 2nd ranked name, Mohamed, in that year. 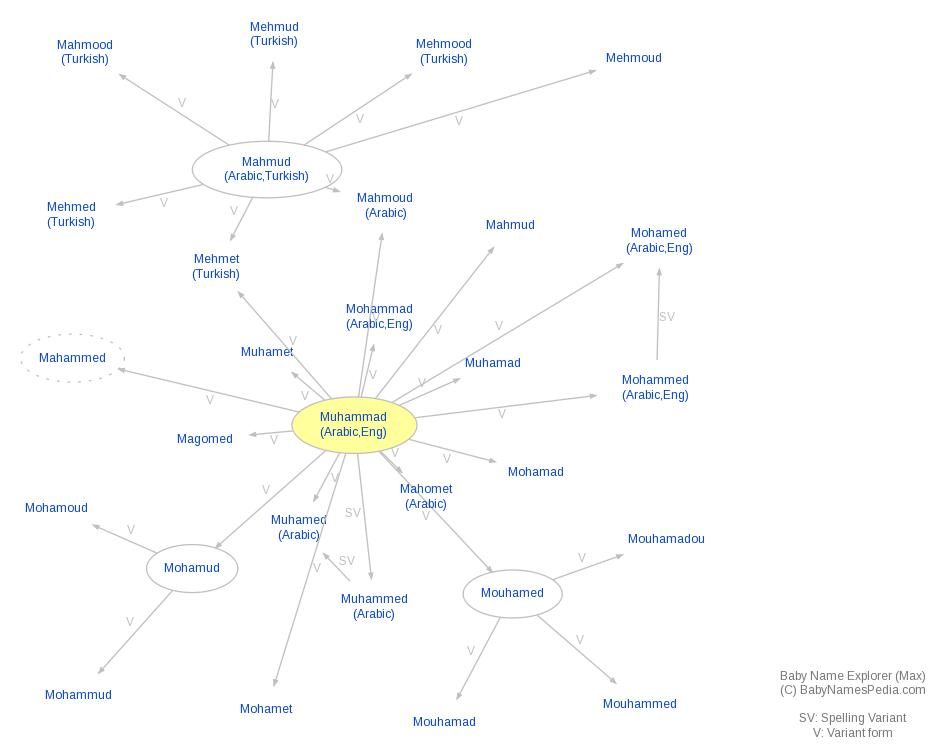