What does Muireann mean?

[ 2 syll. mui-rea-(n)(n), mu-ire-ann ] The baby girl name Muireann is pronounced MWuw-RehN †. Muireann is of Celtic origin and it is used mainly in Irish. It is derived from muir which means 'sea' ; fionn 'white, fair'. The name has sometimes been confused with Maureen and Moreen, and taken to be their equivalents. In Irish mythology, Muireann was the mother of the legendary hero Finn.

Muireann has 13 variations that are used in English and foreign languages. English variations of the name include Morain, Morayne, Morianne, Morin, Morri, Morrie, Morrin, Morry, Murrian, and Murron (also used in Scottish). Morainn (Gaelic and Scottish) and Morann (Scottish) are variations of Muireann that are used in foreign languages. The spelling variant Muirinn (Irish) is another foreign form.

Muireann is uncommon as a baby girl name. It is not listed within the top 1000. 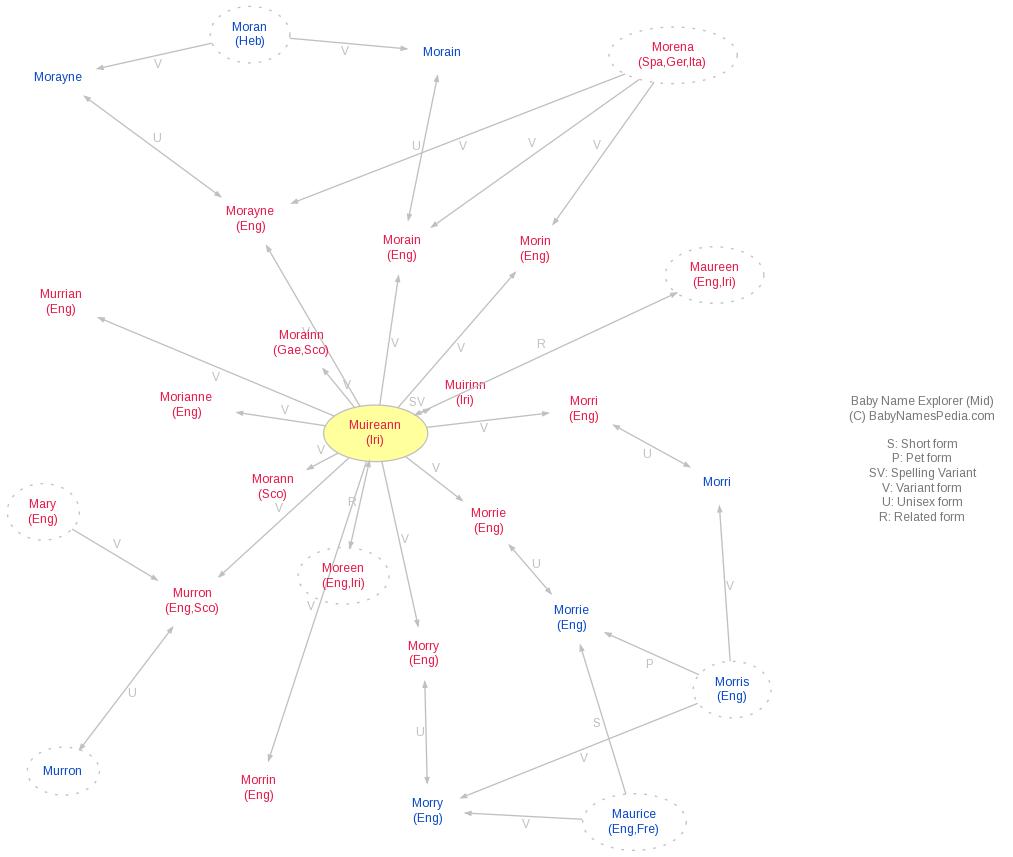