What does Munir mean?

[ 2 syll. mu-nir, mun-ir ] The baby boy name Munir is pronounced as Muw-NIH-R †. Munir is largely used in the Arabic and German languages, and its origin is Arabic. The name is of the meaning bright, shining. It is derived from the element 'nawara' which means to illuminate. The name Munira (African, Arabic, English, Indian, and Swahili) is the female equivalent of Munir.

Mounir (Arabic and German variant spelling) is another form of Munir.

Munir is not regularly used as a baby name for boys. It is not listed in the top 1000 names. 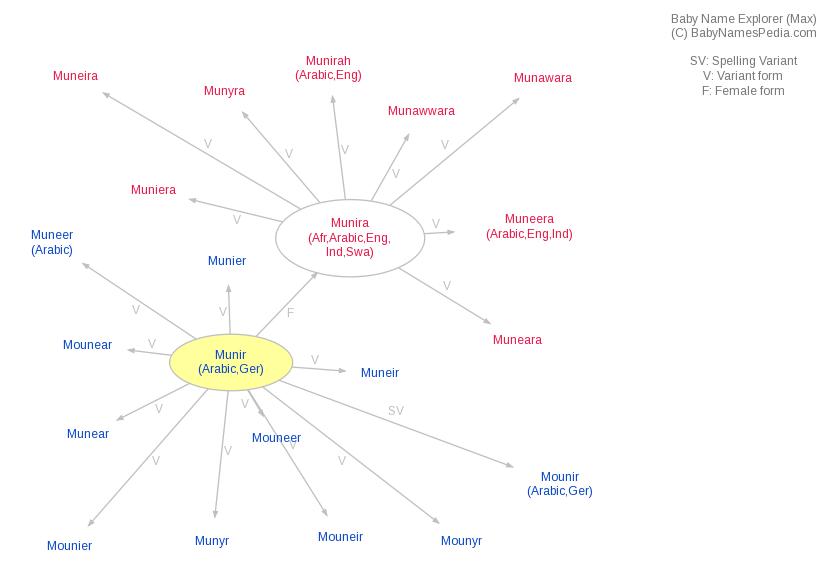