What does Murphy mean?

[ 2 syll. mur-(p)hy, mu-r-phy ] The baby boy name Murphy is sometimes used as a girl name. It is pronounced as M-ERFiy- †. Murphy is used predominantly in the English language and it is derived from Celtic origins. The first name is derived from an Irish surname, which is itself from Ó Murchadha meaning 'descendant of Murchadh'.

Murphy is unusual as a baby name for boys. Its usage peaked modestly in 1907 with 0.013% of baby boys being given the name Murphy. Its ranking then was #532. The baby name has since experienced a substantial fall in popularity, and is currently of irregular use. Among all boy names in its group, Murphy was nonetheless the most widely used in 2018. Murphy has predominantly been a baby boy name in the past century. 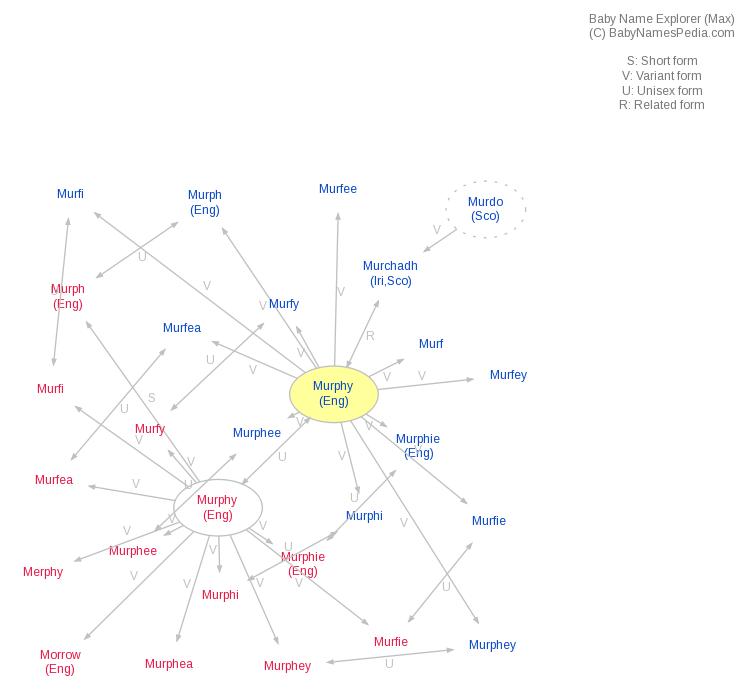