What does Mustafa mean?

[ 3 syll. mus-ta-fa, mu-st-afa ] The baby boy name Mustafa is pronounced as Muw-STAA-Faa- †. Mustafa's language of origin is Arabic. It is predominantly used in Arabic, English, Iranian, and Turkish. It is derived literally from the word mustafa which is of the meaning 'chosen'. This was one of the many titles of the prophet Muhammad; thus the name has been popular within the Muslim community. The name was also borne by four Ottoman sultans, as well as Mustafa Kemal (1881-1938), the founder of modern Turkey.

Mustafa is a somewhat popular baby boy name. The name has been growing in popularity since the 2010s. Its usage peaked recently in 2018 with 0.012% of baby boys being named Mustafa. It had a ranking of #899 then. Among all boy names in its family, Mustafa was the most commonly used in 2018. 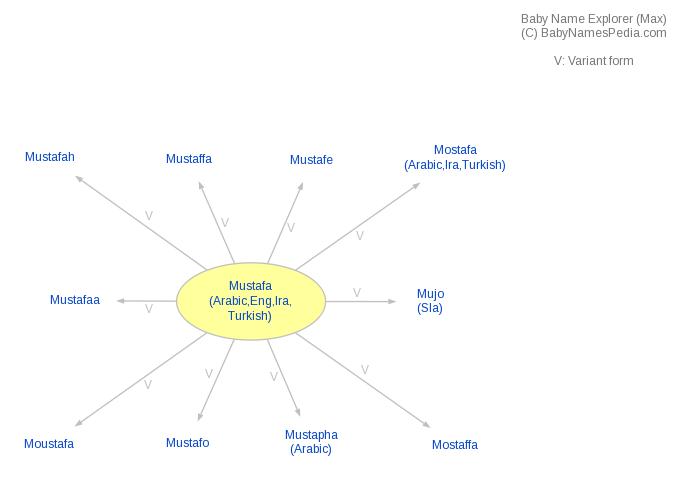