What does Mya mean?

[ 2 syll. mya, my-a ] The baby girl name Mya is pronounced MAYaa- †. Mya is of Latin and Burmese origin, and it is used mainly in the English and Burmese languages. From Burmese roots, its meaning is 'emerald' - in this context, Mya can be used in the Burmese and English languages.

In addition, Mya is a form of the English Maya. 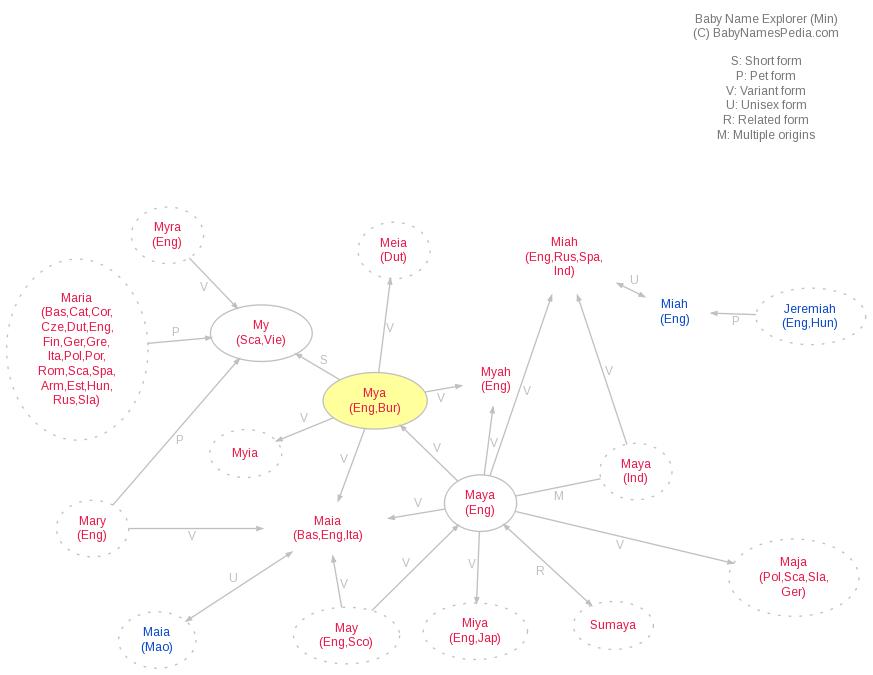