What does Myah mean?

[ 2 syll. myah, my-ah ] The baby girl name Myah is pronounced as MAYaa- †. Myah's language of origin is Latin and Burmese. It is predominantly used in English.

Myah is a variation of Maya (English).

Myah is also a variation (English) of Mya (English and Burmese). 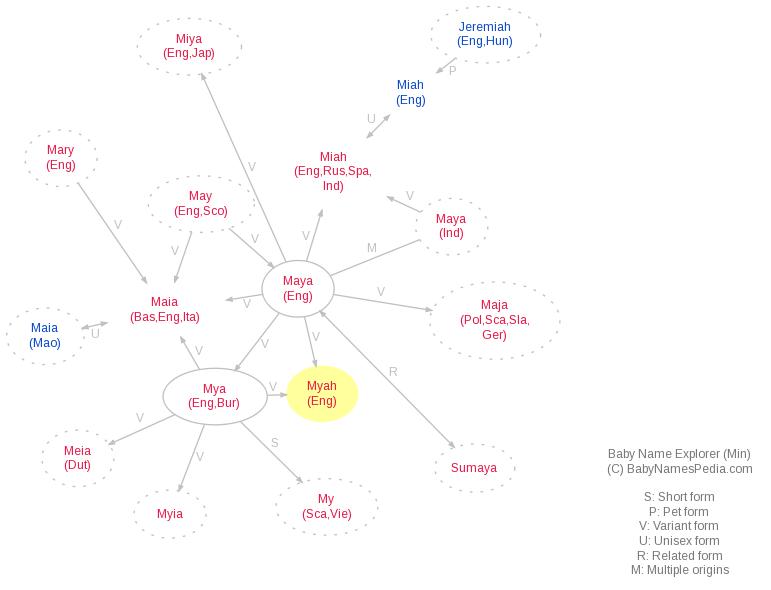