What does Myron mean?

[ 2 syll. my-ron, myr-on ] The baby boy name Myron is pronounced in English as MAY-RahN or in Old Greek as MUW-RowN †. Myron is used mostly in English and Greek, and its language of origin is Old Greek. It is literally from the word 'myron' with the meaning myrrh. The name is derived from the Geeek word for 'myrrh', the embalming spice that was presented by the Magi to the infant Jesus. The name was borne by the famous Athenian sculptor Myron of Eleutherae (480-440 BC). It was also borne by various early saints, popular because of its associations with the biblical gift of myrrh.

Myron is an unusual baby name for boys. Its usage peaked in 1931 with 0.064% of baby boys being named Myron. It ranked at #192 then. The baby name has since steeply dropped in popularity, and is currently used on a very modest scale. Among all boy names in its group, Myron was nevertheless the most regularly used in 2018. The name Myron has been mostly given to baby boys, though it has also been used as a girl name in the past century. 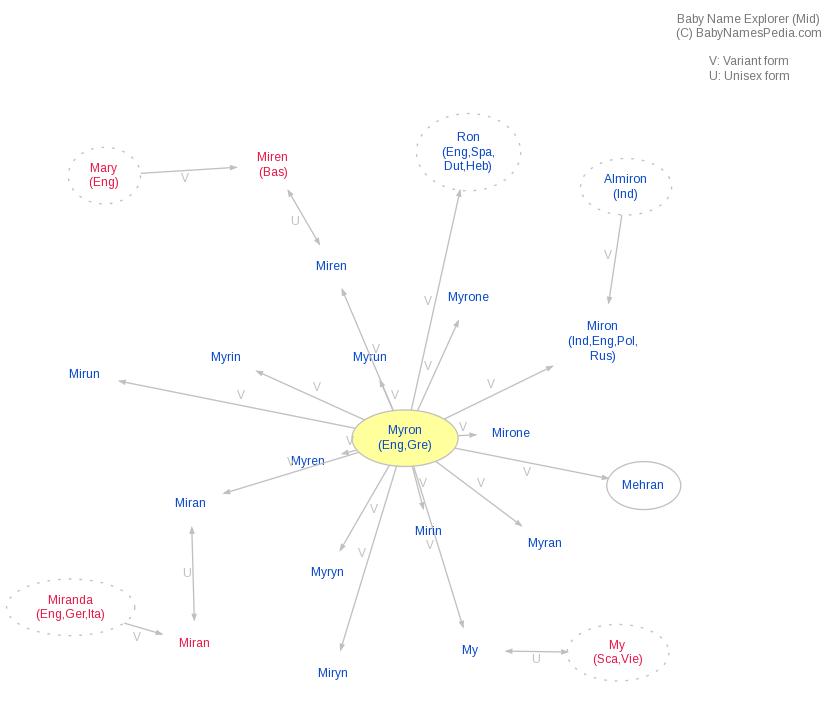