What does Nada mean?

Nada's origin is Arabic, and its use, Arabic, Polish, and Slavic. The name Nada means 'morning dew; generosity'.

A form of Nada is the name Nadah.

Nada's language of origin is Slavonic and it is predominantly used in Slavic. Here, it means 'hope'.

A form of the name is the Slavic Naida.

Nada is a form of the Arabic Nadda.

Nada is also a form of Nadia in the Russian language.

Nada is an unusual baby girl name. Its usage peaked modestly in 1934 with 0.007% of baby girls being named Nada. It was #791 in rank then. The baby name has experienced a decline in frequency since then, and is used only on a very light scale today. In 2018, among the family of girl names directly related to Nada, Nadia was the most commonly used. 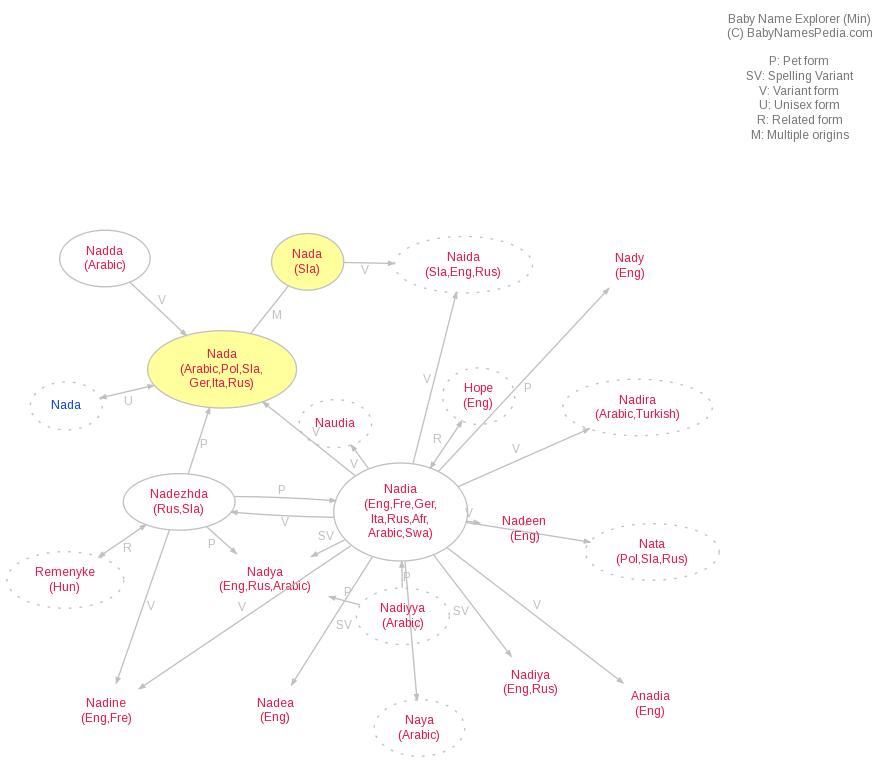