What does Naida mean?

[ 2 syll. nai-da, na-ida ] The baby girl name Naida is pronounced NAY-D-ah or NEY-D-ah †. Naida has its origins in the Slavonic and Old Greek languages. It is used largely in the Slavic, English, and Russian languages. From Old Greek roots, its meaning is 'river or water nymph' - in this context, Naida can be used in the English and Russian languages. It is derived from the word naiein meaning 'to flow'. Old forms of Naida include Naiad (Old Greek) and Naias (Old Greek).

In addition, Naida is a form of the Slavic Nada.

Naida is also an English form of Nadia.

Naida is rare as a baby girl name. It is not ranked within the top 1000. In 2018, out of the family of girl names directly linked to Naida, Nadia was the most frequently used. 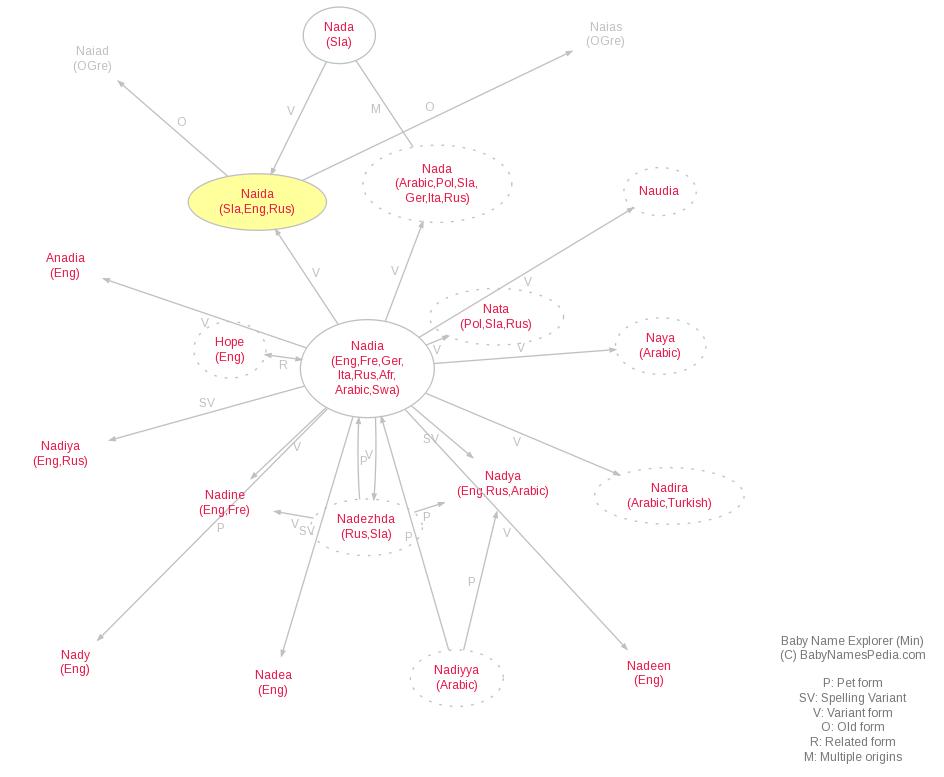