What does Nala mean?

[ 2 syll. na-la, nal-a ] The baby girl name Nala is also used as a boy name, though it is far more popular for girls. It is pronounced as NAA-Laa- †. Nala has its origins in the Arabic and African-Swahili languages. It is used largely in English, Indian, and Swahili. African-Swahili origin: It is derived literally from the word nala which is of the meaning 'lioness'. The name is used in Tansania, East Africa. See Nala for more information.

In addition, Nala is a form of the Arabic and English Nahla.

Nala is somewhat popular as a baby girl name, and it is also regarded as rather trendy. The name has been growing in popularity since the 2010s; prior to that, it was of only sporadic use. Its usage peaked modestly in 2018 with 0.020% of baby girls being named Nala. It had a ranking of #743 then. Among all girl names in its family, Nala was the most popular in 2018. Nala has mainly been a baby girl name in the last century. 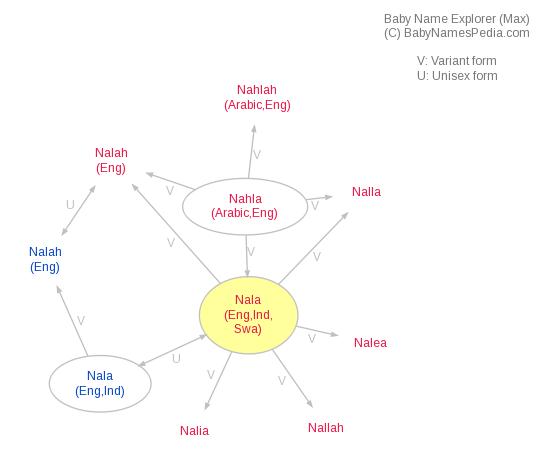