What does Nameer mean?

[ 2 syll. na-mee(r), nam-e-er ] The baby boy name Nameer is pronounced as Naa-MIH-R †. Nameer is used mostly in the Arabic language, and it is of Arabic and Hebrew origin. From Arabic roots, its meaning is little tiger.

Nameer is a derivative of the Arabic name Namir.

Nameer is rarely used as a baby name for boys. It is not ranked within the top 1000 names. 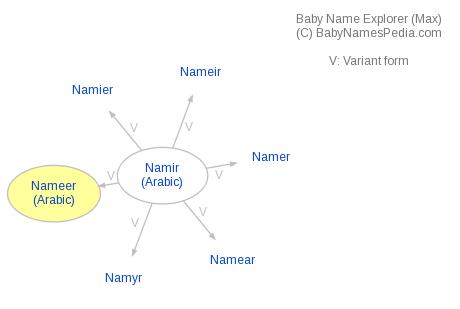