What does Nan mean?

[ 1 syll. nan, na-n ] The baby girl name Nan is pronounced NAEN †. Nan is of Hebrew and Gothic origin, and it is predominantly used in the English language. The name was originally a diminutive of Ann, but is now usually used as a diminutive of Nancy.

Nan is an English diminutive form of Ann (English and Greek).

Nan is also an English variant transcription of Anna.

Nan is also a diminutive form of Anne (English, French, German, and Scandinavian).

Nan is also a short form of Fernanda (English, Italian, Portuguese, and Spanish).

Nan is also an English short form of Nancy (English and Dutch).

Variant forms inherit both the origin and meaning of Nan.

Nanette (French and English diminutive form) is another variant of Nan.

Nan is an uncommon baby name for girls. At the modest height of its usage in 1904, 0.019% of baby girls were given the name Nan. It ranked at #434 then. The baby name has since fallen from favor, and is of only sporadic use now. In 2018, within the group of girl names directly linked to Nan, Anna was the most popular. 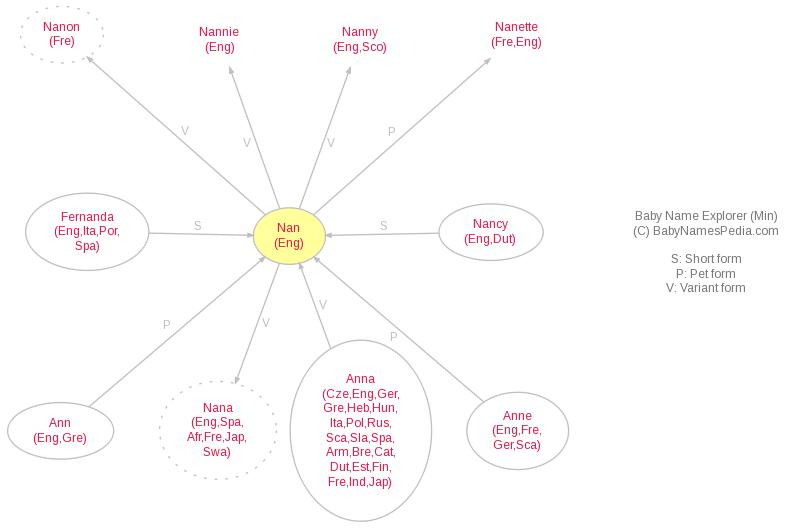