What does Nandi mean?

Nandi is used predominantly in the Indian language and it is derived from Sanskrit origins. The name's meaning is joyful; happy. It is derived literally from the word 'nandi' meaning joyful. In Hindu mytholgoy, Nandi is the name of Dharma, the white bull that Shiva rides. The name Nandini (Indian) is the female version of Nandi.

Nandi is primarily used in Zulu and its language of origin is African-Zulu. Nandi is the name of the mother of Shaka, the legendary king of the Zulus.

Nandi is not popular as a baby name for boys. It is not in the top 1000 names. 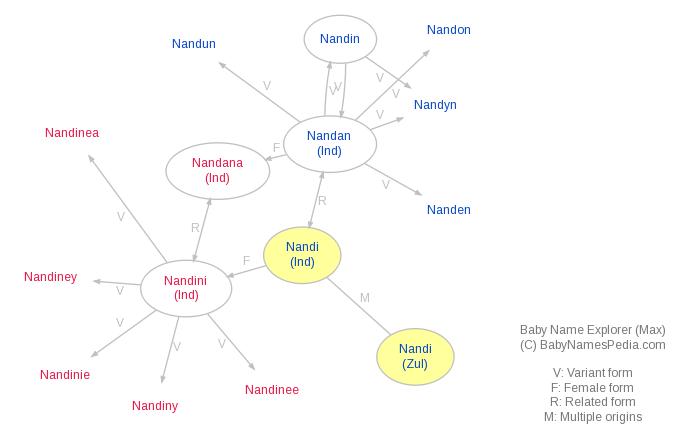