What does Nando mean?

[ 2 syll. nan-do, na-ndo ] The baby boy name Nando is pronounced as NAENDow †. Nando is mainly used in the Spanish, German, and Italian languages. It is of Gothic and Italian origin. The name evolved as the short form of other names ending in '-nando'.

In addition, Nando is a diminutive of the English, French, German, Portuguese, and Spanish name Ferdinand.

Nando is also a variant form of the Italian, Portuguese, Spanish, and English name Fernando in the Spanish language.

The name Nandor is a variant form of Nando.

Variant forms share both the origin and meaning of the name Nando.

Nando is not frequently used as a baby boy name. It is not ranked within the top 1000. In 2018, within the family of boy names directly linked to Nando, Fernando was the most widely used. 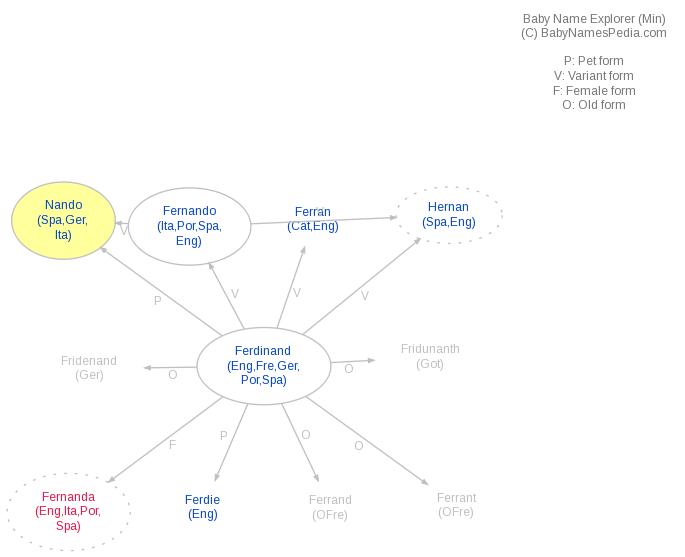