What does Nanne mean?

[ 1 syll. nan-ne, na-nne ] The baby girl name Nanne is also used as a boy name. It is pronounced as NAEN †. Nanne has its origins in the Old Norse language and it is used largely in Scandinavian. The name was originally a diminutive of the given name Nannulf (Old Norse), itself of the elements nanp (meaning 'daring, brave') and ulfr.

See also the related form, the English and Scandinavian Nanna.

Nanne is not commonly used as a baby girl name. It is not in the top 1000 names. 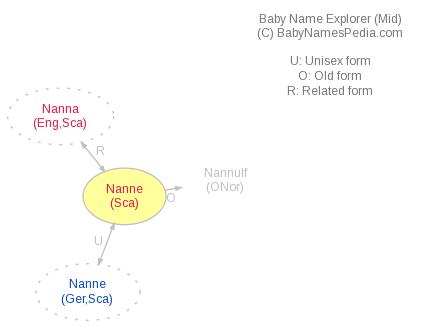