What does Narcissa mean?

[ 3 syll. nar-cis-sa, na-rci-ssa ] The baby girl name Narcissa is pronounced in English as NaeR-SIHS-ah †. Narcissa's language of origin is Old Greek and it is predominantly used in English. It is derived from the word narke with the meaning 'numbness, sleep'. The generic name has been used in Greek mythology. Narcissa is the feminine equivalent of the English Narcissus.

Narcissa is not popular as a baby girl name. It is not in the top 1000 names. 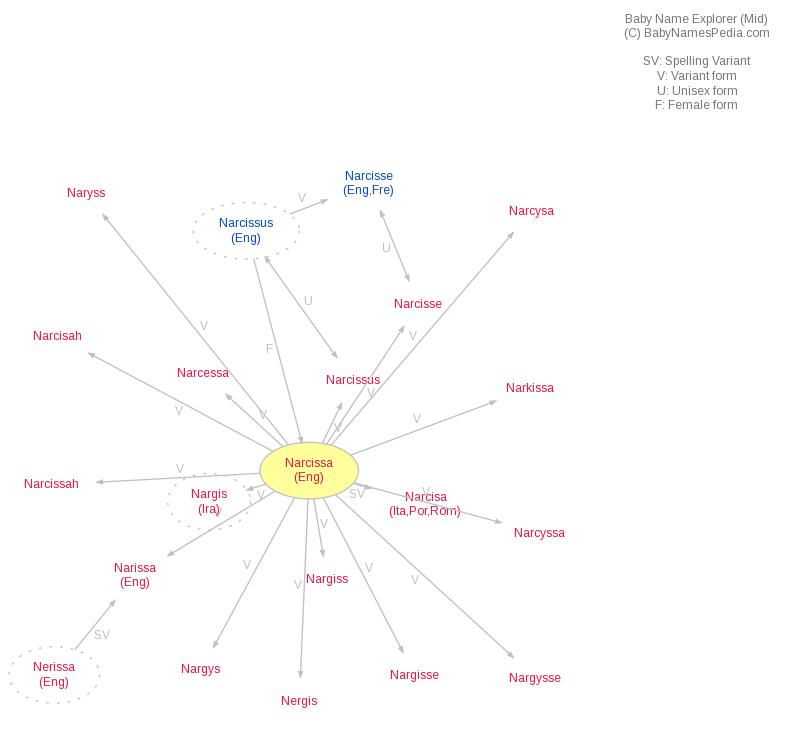