What does Narcissus mean?

[ 3 syll. nar-cis-sus, na-rciss-us ] The baby boy name Narcissus is also used as a girl name. It is pronounced in English as NaeR-SIHS-ahS †. Narcissus is used chiefly in the English language and its origin is Old Greek. A biblical name, it is derived from the element 'narke' which means numbness, sleep. Narcissus (Latin) and Narkissos (Old Greek) are original forms of Narcissus. The name is most likely of pre-Greek origin, but it is often associated with Greek mythology from Narcissus, the beautiful youth from Thespiae who was attracted to his own reflection in the water. In some versions of the legend, he died staring at it, and turned into the Narcissus flower, which was thus named after him. The name was also borne in the Bible by a Roman citizen addressed in Paul's Epistle to the Romans. It was also borne by Saint Narcissus (-222), an early patriarch of Jerusalem. Due to the myth, the name has be used to describe one who is egotistical. The name Narcissa (English) is the female form of Narcissus.

Narcissus is not regularly used as a baby name for boys. It is not listed in the top 1000 names. 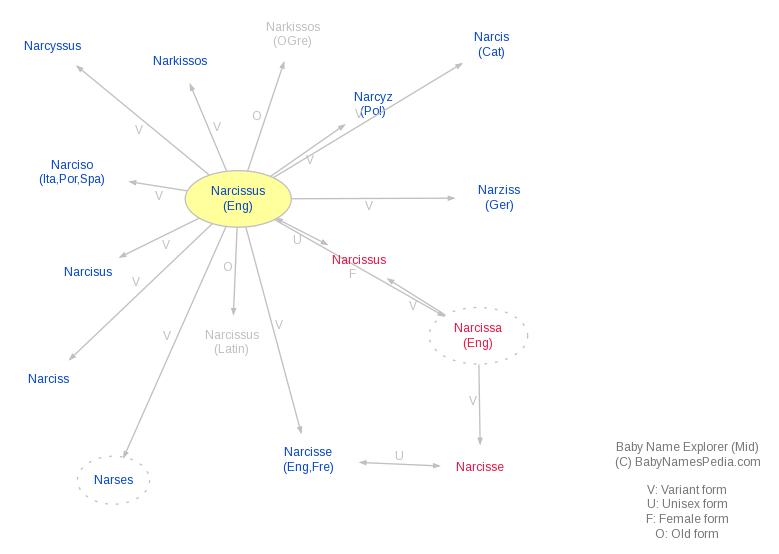