What does Nata mean?

Nata has its origins in the Native American language. It is used largely in Polish and Slavic. The meaning of Nata is 'speaker or creator'.

Nata's language of origin is Sanskrit. Here, the meaning is 'rope dancer'.

Nata is a Polish form of Nadia.

Nata is also a Polish, Russian, and Slavic contracted form of the English, French, and German Natalie.

Nata is not popular as a baby girl name. It is not in the top 1000 names. Within the family of girl names directly related to Nata, Natalie was the most commonly used in 2018. 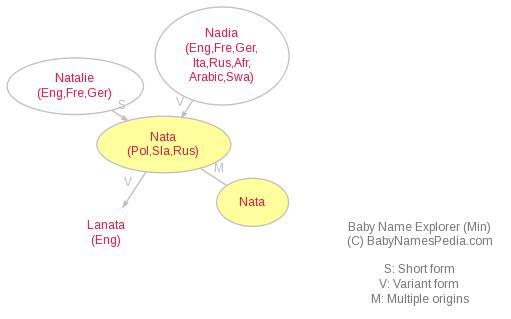