What does Naum mean?

[ syll. nau(m), na-um ] The baby boy name Naum is pronounced N-AWM †. Naum has its origins in the Hebrew and Russian languages. It is used largely in the German, Russian, and Slavic languages. Russian origin, use: The name has been popularized by its association with the Russian prefix 'na-' and the element umny.

In addition, Naum is a derivative (German, Russian, and Slavic) of the English, German, and Hebrew Nahum.

Naum is also a derivative of the English and Hebrew Noam.

Both the origin and meaning of the name Naum is inherited by all variant forms.

Naum is unusual as a baby boy name. It is not ranked within the top 1000. 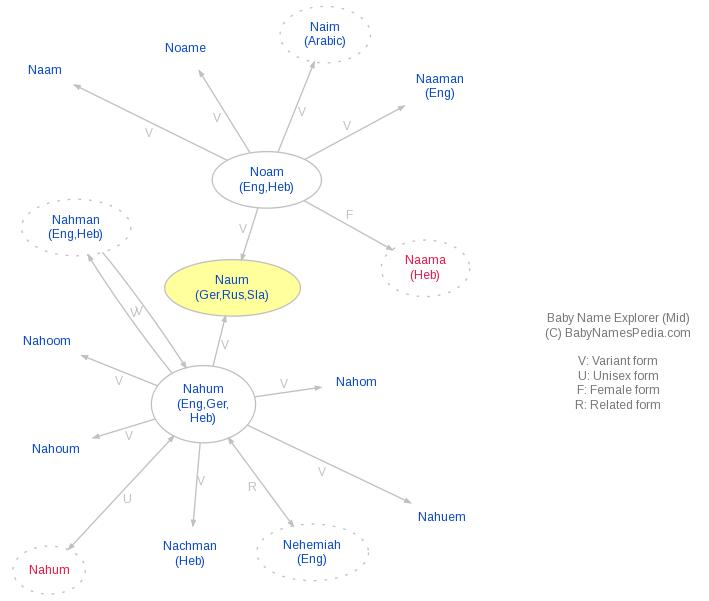