What does Nazario mean?

[ 3 syll. na-za-rio, naz-ar-io ] The baby boy name Nazario is pronounced as Naa-TSAA-RYow (Italian), Naa-THAA-RYow (Spanish), or Naa-SAA-RYow (Spanish-Latin American) †. Nazario is used chiefly in Italian and it is derived from Latin origins. Biblical name: The name Nazario means from Nazareth. The first name is derived from Nazarius (Latin), which is from the place name Nazareth, the city in Galilee where Jesus lived; the place name is itself derived from the Hebrew word for 'branch'. The name has been popular with early Christians and was borne by various saints, including Saint Nazarius, who was martyred with Saint Celsus in the 1st century.

Nazario is not commonly used as a baby boy name. It is not listed within the top 1000. 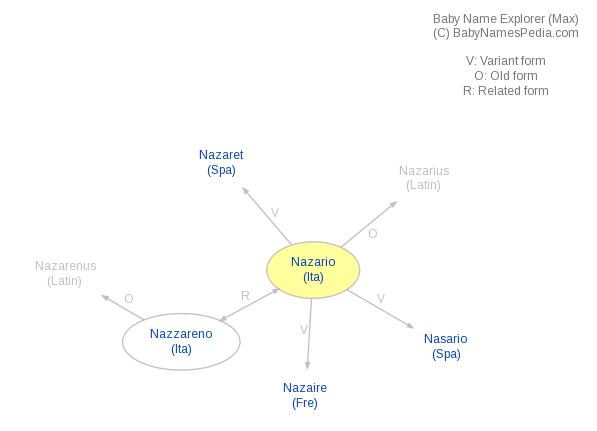