What does Neela mean?

[ 2 syll. nee-la, ne-ela ] The baby girl name Neela is pronounced NIY-Laa- †. Neela has its origins in the African-Mende, Celtic, and Sanskrit languages. It is used largely in the Tamil, English, and Indian languages. From African-Mende roots, its meaning is 'a cicada, pitch dark' - in this context, Neela can be used in the Tamil language.

In addition, Neela is a variation (English) of Neilina (Scottish).

Neela is also a variation (Indian) of Nila (English, Hebrew, and Indian).

Neela is irregularly used as a baby girl name. It is not listed in the top 1000. 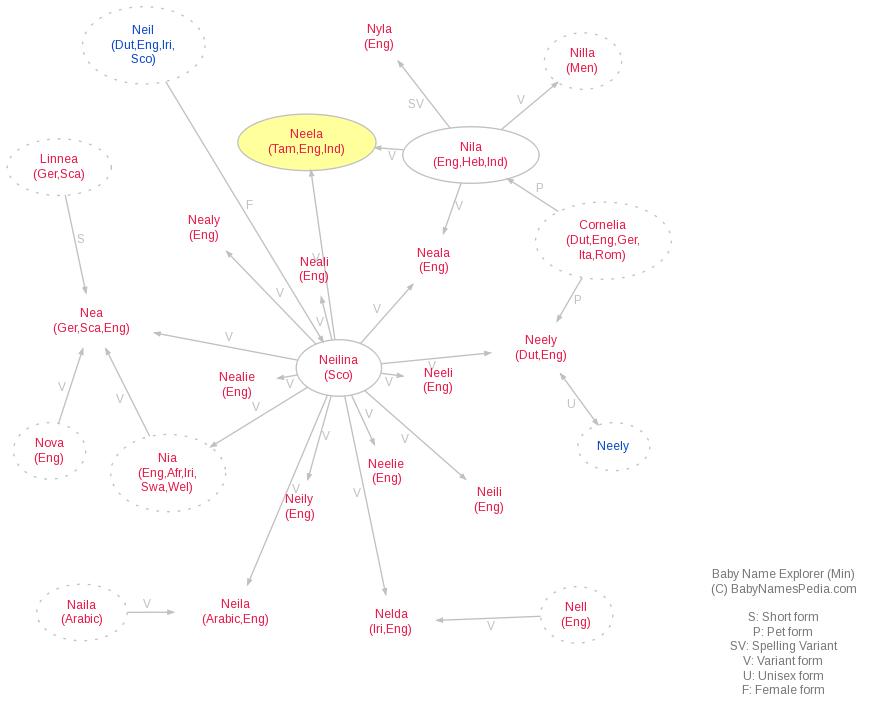